We are knee-deep in the presidential primary season.  And strange as it might seem, I see some interesting connections to the world of theatre.

At the moment, each political party has a candidate who, one way or another, can be described as extreme.  Of course, these candidates offer concrete proposals.  But each time, someone quickly objects that the proposals are unrealistic, perhaps impossible.  Does the objection make a difference?  No.  Why not?  Because these candidates are not really talking about plans.  They are talking about dreams and fears.  And dreams and fears are the terrain of theatre. 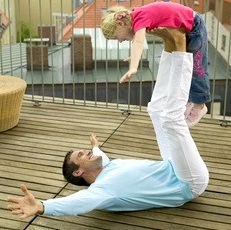 FUN HOME – This is a dark musical.  We look at suicide, at struggles with sexual identity, and yet audiences flock to it.  Why?  Because both as a child and as a college student, Alison continues to dream.  As a child, she dreams that she is flying when she plays “airplane” with her father.  Then, as a college student, as she struggles to connect with other lesbians, she dreams of reconciling her past with her new true life.  Most of all, she dreams of flying into freedom in her future, just as she did when she played airplane.  This dark show is, in the end, a hymn to dreams.

WICKED – After she refuses to work with the Wizard, Elphaba is demonized. Soon everyone is afraid of her.  And once the bystanders are caught by fear, it is inevitable that truth will give way to lies.  She is described as having one eye, as shedding her skin, as having a soul so unclean that water will melt her.  Of course none of these things are true, but the fear is real.  We watch Elphaba actually use that fear to create an ending where she simply “disappears.”  But there is no escaping the power that fear can wield.

RAGTIME – This is the show that brings both fear and dreams together. The opening number is a masterpiece – we see the three groups struggling to interact with each other, trying to face their fears and embrace their dreams.  Later, Coalhouse and Sarah address all this magically in “Wheels of a Dream.”  And, near the end, in a glorious song, Mother names her fears and her dreams, and then sings her anthem “Back to Before.”