Blog 5 – Why I am obsessed with Michael Bennett!

Creator of A CHORUS LINE, DREAMGIRLS and director of FOLLIES –  Michael Bennett – why am I obsessed with him?

From everything I’ve read, he wasn’t a particularly nice person in the end.  There are many stories of his temper and his constant taunting.   But I’m a bit obsessed nonetheless.  And why?  After thinking about this for quite a while, I’ve figured it out: He was a man of numbers! 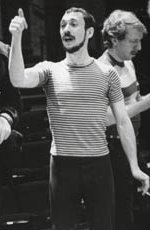 But numbers (actual integers) show up all over his shows and his choreography.  The opening sequence of A CHORUS LINE was a masterpiece of choreography that is still used today by many choreographers. And it is a great example of his fixation with numbers: the music is in 8 but his choreography is in sets of 6!..  And don’t forget about songs like “One”, “Dance Ten, Looks Three”, “One Night Only” and “Chapter 54, Number 1909”. This guy could not get away from the numbers. 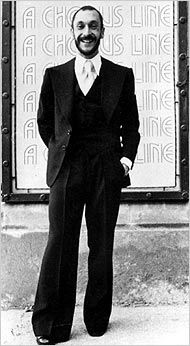 And then he became a producer.  The reports are that he was the rare artist who easily understood the numbers that producers think about – dollars and cents. Of course, he learned a lot of this from the Shuberts, but he caught on quickly.  It seems like it was intuitive with him.  To make good money, you want to fill the theatre.  A theatre that’s too small, and you’ve given away money.  One that’s too large, and you’ll drown in your costs.  Bennett would juggle those numbers with precision and savvy.

Michael Bennett could never win the award for Miss Congeniality.  But he was a force – an historic influence – in the American theatre.  And I think it was because of his way with numbers.  He was, we might say, a numbers nerd.

In the next blog we’ll FINALLY reveal the working title and draft logo of the new musical that CPA Theatricals is producing.  Stay tuned.