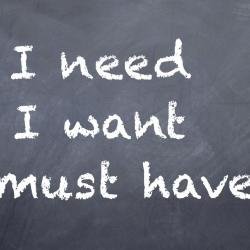 Musicals have many types of songs in their structure.  There are big group numbers, solos toward the end of the show that mark a “turning point” and there are the “I want” songs.

Main characters sing the “I want” songs usually toward the very beginning of the show – usually between 10-15 minutes into the first act.   The song tells the audience what the main character’s need or want is.  It sets up the dramatic action for the rest of the show.  It should also tell us about the character and maybe about other characters of circumstances.

I recall seeing an interview with Meryl Streep where she talked about the “I want” scene in a movie.  Same thing.  It’s the scene where we as audience members are told what to expect coming up.  It does not mean the story will take the path desired by the leading player, but it does tell us about the journey.

Here are some of my favorite “I Want” songs in musicals:

“The Wizard and I” from WICKED is by far one of my favorites.  Elphaba is left alone on stage and is told that she is going to meet the Wizard of Oz.  She is floored and tells us  how she feels about being different and, what she wants to do when the meeting happens.  It leaves the audience with anticipation. 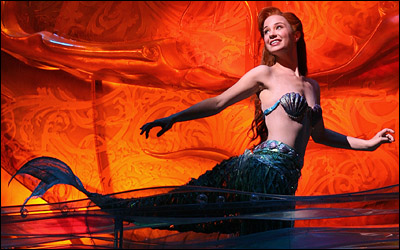 “Part of your World” from THE LITTLE MERMAID is a beautiful song.  We meet Ariel, a mermaid, who longs to be part of the human world.  We learn she is unhappy where she is and she sees a handsome man who she thinks might change her world if she could walk.

“Melissa’s First Theorem” – from NUMBERS NERDS.  This is the show I am producing.  I am including it here because we learned a very important lesson from our workshop production this summer.  Melissa is our protagonist – the leading character.  And this is her “I Want” song.  But in the version of the show that we presented in the workshop,  the number came about 25 minutes into the first act,  We learned that it was WAY too late for the audience to “get” that the show was about  a young woman who was dying to become a famous mathematician.  So, in recent revisions we have moved the song to the first 10 minutes of the show…and BAM…..it makes perfect sense.

What are you favorite “I Want” songs….what are you LEAST favorite?  What “I want” songs do not work?

« Non-singing roles in musicals….what are your favorites?
Imagination….. »