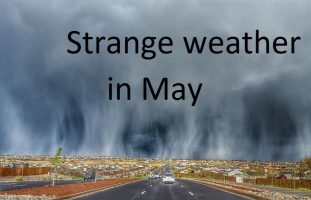 May is a strange month for weather in Chicago. It can be in the 90’s and it can snow.  So, planning events can be very difficult.

The second reading for our Christmas show was scheduled for one of those “iffy” days in May.  I could sense that it was going to be hot, and I was worried.  The room we rented was not airconditioned and it faced east – the early morning sun would “bake” the room.  But, thankfully, the blinds were closed and it was only mildly warm when we started.

The cast arrived, met the producers, creative staff and the writers.  Lunch was ordered and announcements made. This cast was smaller, since the section we were reading had only a few characters.  What’s more, the writers wanted a new perspective on the show.  So they had asked me to bring in different actors.  Since all of the actors we have worked with so far were top notch, I was inclined to use some of the same actors.  That would allow the actors to help “build” the characters.  But in the end, we decided to try a new approach.  So, I engaged a new group of actors. 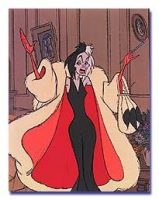 Our focus was three songs, and the connected dialogue.  It amounted to the next twenty minutes of our show.  Lots to learn in a couple of hours and lots for us, as collaborators, to wrap our brain around.  My collaborators and I went to another room for a “business meeting” while a musical director rehearsed the songs with the cast.  Then we all came together.  As we listened, the composer and writers and I got confirmation that some things worked great.  But not everything!  We also saw immediately that there were issues that needed to be solved.

The first number we heard, while sung and played very well, just did not seem “right.” It didn’t really fit the style of the show or what was needed for the moment.  The composer leaned over to me and whispered, “Let’s leave this alone for now. I need to think about this.” Hours and hours of work that it took to create this number ground to a halt.

We moved onto the second number.  The performers were spectacular, the lyrics clever and funny and the music as heavenly.  Ahhhh, deep breath.  Then we got to the number we had all been waiting for –  The villain song.

We were hoping to create a villain for our show who would be a bit like Ursula in LITTLE MERMAID, or Cruella Deville from the movie “101 Dalmatians.”  While the script seemed right on, the lyrics and the music did not fit the character.  What could we do? Immediately, the composer jumped to the piano and said, “try this.” He changed the rhythmic feel of the accompaniment.  Against that background the writers and I started to improvise some lines that would fit better.  Back and forth it went.  And wow.  Magic happened.  The reading did what it was supposed to do.  Give us feedback, insight and a to do list to make the music, lyrics and dialogue fit together.

Stay tuned. Our working title is revealed next!!