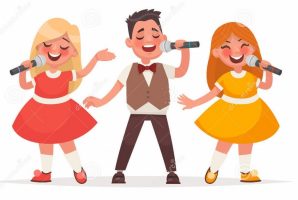 After a lot of work on GRACE & THE ISLAND OF MISFITS these past few weeks, I was thrown into a production meeting of GIRLHOOD.  Actually, I was thrilled to shift gears a bit, listen to some “different” music and dive back into the world of teen girls.  (We had just seen the movie Eighth Grade and I was still stunned by the power of it.)

As we were reviewing the updated songs sent by the awesome composers working on the show, our musical director kept his eyes out for variety.  Did we have enough duets, trios, group numbers, etc.  Then, we got into a discussion about trios in musical theatre.  We tried to think of our favorites and realized there were not that many….that we could think of at that moment.  We talked about “You Could Drive a Person Crazy”, “Fugue for Tinhorns “ and “I Want it All.”  But, I thought I would share with you some of my favorites. 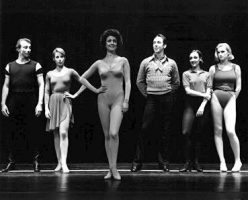 “At the Ballet” from A CHORUS LINE.  I was 14 when I heard this song from the album.  I played it over and over and over.  It is a masterpiece in arranging, and the lyrics come right from the stories told by the original dancers in the show. (I recall a story told by one of the original cast members that I worked with years ago who told me that they had just started rehearsals and everyone was scared to death.  The music was not completed and it felt like a hodgepodge.  Then Marvin Hamlisch came in and played “At the Ballet”.  At the end, through their tears, they realized they were working on something special.)

“Gotta Get a Gimmick” from GYPSY. What is great about this song is that it is sung by character actresses –  usually actresses of a “certain” age.  It is about how strippers in burlesque find that “something” that makes them special.  I have seen women in their 80’s perform this song.  Every time, it brings the house down.

“Our Time” from MERRILY WE ROLL ALONG.  I love….love….love this song.  Even though the show has been described as dark and pessimistic, the song is about hope.  And not only hope – it is about dreams and that wonderful sense of innocence that comes with youth.

“It’s our time, breathe it in.  Worlds to change and worlds to win”