You’ve heard of a triple threat in musical theatre…but..what about this?? 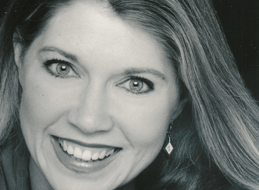 Multiple threat sounds horrible, right?  Not in this case….Director, Choreographer, Musical Director and professional singer – this describes the multi-talented woman who will be directing and helping me develop our musical – GIRLHOOD.  Tina Reynolds – founder of Ovation Academy for the Performing Arts in Oak Park, Illinois, is that woman.

I first met Tina when she came to see a workshop production of 57th NATIONAL MATHLETE SUM-IT, our show with only six characters.  After the show, Tina cornered me and told me that she wanted to develop a large cast version of the show.  She told me she was impressed with our mission and was thrilled to see that we were producing shows with many, strong female roles.  Well…that happened.  Last summer – June 2017 – she worked with our very talented librettist – Laura Stratford – and developed a show that featured about 40 middle school children.  Click HERE for some video of the show.

Tina juggles several jobs, and another job of hers is to run the Bravo Program in Oak Park.  Through Ovation and Bravo, Tina has produced the “pilot” of high-school or junior versions of many shows.  This summer, she is doing Disney’s FROZEN, Jr!!

Anyway, that is who is at the helm of our summer 2019 pilot production of GIRLHOOD!

The creative team for GIRLHOOD had a production meeting last weekend and, of course, Tina was there.  We met to review the “first thoughts” from each of our composers for the 16 songs for the show.  What does this mean?  Well, I created the characters in GIRLHOOD and I wrote a story behind each song in the show.  Then, we assigned each composing team a song.  We asked them to wrap their brain around their song and the story behind it and give us a handful of lyrics and a melody/chorus that they are considering. And let me tell you – WOW…….

We have a “Beyonce” song, a country song, a percussive rap-like song, and many, many more.  AND….we now have a website  – www.girlhoodthemusical.com  And with Tina taking a leadership role, I know this show is going to be a knockout!

Take a peek and let me know your thoughts.