Forgotten toys from our childhood! 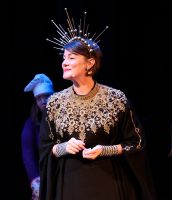 Toys that are forgotten, broken, or left behind are summoned by Queen Cassiopeia to the LAND OF FORGOTTEN TOYS.   There they remain until they are healed or ready to go to a different child.  The place is a sanctuary for these special toys.  That is the premise for the new musical THE LAND OF FORGOTTEN TOYS.

But as I was in a marketing meeting I realized that there are forgotten toys from my childhood.  I’m sure you have some as well.  So, I thought I would share some of those with you.

MASTERPIECE – this was a board game that I grew up with.  It worked a little like an auction.  At the time, I knew nothing about art (and truthfully, I don’t know much now), but I still remember those paintings.  Who could forget Toulouse-Lautrec’s “At the Moulin Rouge” or Picasso’s “The Old Guitarist” but my favorite had to be Gustave Caillebotte’s “Paris Street; Rainy Day.”

VIEW MASTER – My grandmother had one of these small handheld viewing machines.  You put in a round cardboard piece that had small slides in the top.  Then you looked through the eye pieces and voila – you were transported to a far off place.  I loved seeing the pyramids in Egypt through the lenses (it was quite a dream come true when I actually saw the pyramids in Egypt decades later.)

But my ultimate favorite was Milton Bradley’s MOUSETRAP game.  I played with this endlessly.  It was a series of pieces that created an elaborate mechanism to trap a fake mouse.  Looking back at this game, I realize it taught me strategy, planning and precision.  I also remember using other items outside of the game to add to the difficulty of actually catching that mouse!

Of course there was the pogo stick, the game of OPERATION, and silly putty as well. What were your favorite games from the past?  From your childhood?

Who knows…maybe they are with Queen Cassie in the LAND OF FORGOTTEN TOYS.

PS- Get your tickets to THE LAND OF FORGOTTEN TOYS – HERE.