Things I learned about PIPPIN! 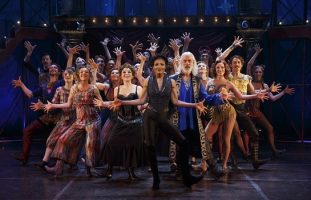 PIPPIN has always held a special place in my heart.  I remember seeing it four times before I went to college. You see, I was in high school when it was the “big” show to do.  Although I never did the show, I still LOVED seeing it.  As I am reading the revised and updated version of my friend Carol de Giere’s book,  Defying Gravity- The Creative Career of Stephen Schwartz from Godspell to Wicked, I am learning a few things that I never knew about this great show (PIPPIN) and I wanted to share some of those pieces of information.  So, here goes: