The Mystery of Custodia is a completely virtual musical, able to be rehearsed and performed by students from the safety and comfort of their own homes.

Comprising 24 scenes, this musical is designed for all students to have a monologue, and occasionally songs.

Students film their individual section(s) and submit them to the Drama Teacher or Director, who will put all scenes in order and place it online for audiences to enjoy!

The Mystery of Custodia

Listen to the Music

Hi-Mount School is in crisis! Mr. Humphrey, the school janitor mysteriously stopped showing up, leaving Drama Teacher Ms. McGery to take up his place. Beloved Lunch Lady Linda has mysteriously disappeared without a trace, and there’s a mysterious wallet with some disturbing notes found in Custodia!

When Drama Club member (and amateur sleuth) Foster has to bring the dead classroom goldfish down to Custodia–a mysterious area of school where janitors roam and rumors abound–she gets more than she bargained for when she takes up the case! Enlisting the help of her fellow drama club members, and trying to hold the meddlesome school reporter at bay, Foster tries to solve the greatest mystery of them all: The Mystery of Custodia.

The Mystery of Custodia is written for 17 students: 6 males; 11 females. The script is easily adaptable for larger or smaller casts, and both Skip Sinwell and all roles within The Drama Club can be played by either gender with little-to-no change.

Foster, a precocious girl in Drama Club with a penchant for sleuthing

Jess, quick to react, without thinking

Clara, a very loud talker, but a very bad listener

Danny, a member of the school band, plays any instrument

Sophie, a shy girl who sees the best in people

Lucy, a religious, though morbid soul

For the price of $150, everything you’ll need to perform The Mystery of Custodia will be at your fingertips. Performance packages include:

All materials are sent directly to you via download in a secure email.

Since we know that this is a difficult time for everyone, we also offer sliding-scale pricing for those who cannot pay the full $150 fee. Please send an email to cpatheatricals@gmail.com to discuss.

It’s almost curtain time! Your students have done the work, you’ve rehearsed, refined, and recorded all of your individual videos. Now it’s time to show off your work, but how do you do it?

Now it’s time to show off your work, but how do you take your show from footlights, regardless of what level of technical capacity you may have!

For the educator with little-to-no technical “know how.” This is the easiest way to put your show online for viewing!

This method takes a little editing effort, but our resource guide gives you step by step instructions about how you can create one video to place on your school website, on youtube or anywhere else.

Have you performed The Mystery of Custodia? Let us know how it went! Email cpatheatricals@gmail.com.

More on The Mystery of Custodia

Pilot Productions of THE MYSTERY OF CUSTODIA

Part of the Family of Musicals from CPA Theatricals 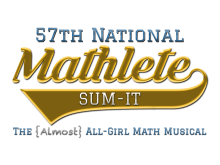