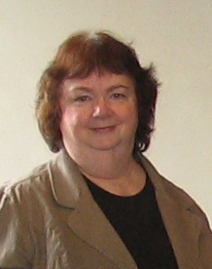 Once upon a time, Nan was hired to be the vocal coach on a major motion picture, I think it was a Robert Altman film.  All during the shooting, she would sit on the sidelines, listening on headphones.  It was her job to make sure that the actors spoke with an authentic accent.  One day, as they were shooting a scene, Nan suddenly bellowed, “CUT.”  The director, who had forgotten that she was even there, ran over and asked what the problem was.  “That last fellow was speaking ‘New York,’ not ‘Chicago’” she explained.  The director nodded…and sent the actor over for personal coaching!

Nan was my college teacher.  Her book VOCAL DIRECTION FOR THE THEATRE is probably the best book available for actors.  Over more than thirty years she taught me, and hundreds of other students, about vocal technique, acting – and about life.  Nan affected her students by praising them, laughing with them, and even scaring them.  She instinctively knew what made each one of us tick.  She demanded hard work – and lots of it.

Before she was a teacher, Nan was an actress – a successful actress who had worked in New York and the Actors Theatre of Louisville, among others.   She told us about the time she auditioned for the role of Juliet in R&J.  She knew she could do the role, she knew she was perfect for this role and she got it! When a student asked what she did in that audition to get the role, she said, “I went in and TOOK it.”  She owned it. 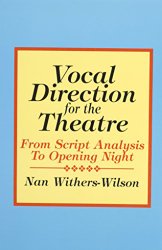 She demanded that we own our lives.  “Don’t spend a lifetime doing something you are not good at, find what you are good at, then do it.”  She often reminded us that we are the ones who create our lives – not some director or producer . . . or even a teacher.

Last week, I spoke at Nan’s memorial service.  Several hundred of her students, from several decades, were there, and her teaching colleagues as well.  If you are a teacher – and in many ways we are all teachers – I salute you.  And I thank you – as many of your students will do some day.  Thank goodness show business is full of teachers.

Today, with an ocean of gratitude, I am remembering Nan.