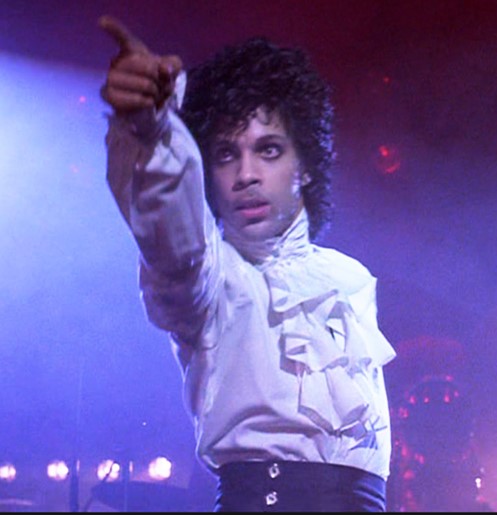 Back in the day when I was a professional actor, we were trained to be triple threats – act, sing and dance. A few years ago Broadway started asking for quadruple threats – act, sing, dance and play an instrument – think ONCE and the revivals of COMPANY and SWEENEY TODD. About a year ago I started seeing something in Chicago musical theatre that blew me away. The MEGA quadruple threat – act, sing, dance and play multiple musical instruments all in the same musical. (I have not yet seen this in New York theatre, but please tell me if I am wrong.)

We honor the MEGA quadruple threat. We revere anyone who has such an astonishing combination of talent. Prince Rogers Nelson who died unexpectedly on April 21, 2016 was not a Broadway performer, but his heart wrenching ballads, skillful footwork, artistic innovations and blistering guitar solos left audiences breathless like many of our current theater performers; Donica Lynn from Porchlight Theatre’s DREAMGIRLS, Mary Antonini in Jim Corti’s Paramount Theatre’s WEST SIDE STORY, Jennifer Hudson in Broadway’s A COLOR PURPLE to name a few. Prince’s songs were the soundtrack of a generation as are a few of the musicals today – think HAMILTON or FUN HOME.

But there are only the chosen few who move on to SUPER Star status. Prince transcended the quadruple threat! President Obama referred to Prince as “… one of the most gifted and prolific musicians of our time, Prince did it all. Funk. R&B. Rock and roll. He was a virtuoso instrumentalist, a brilliant bandleader, and an electrifying performer.” And he was also an incredible producer, advocate for music copyright and distribution and community builder.

Quadruple threats. Virtuosos. Game-changers. Iconoclasts. We need these rare and prodigious artists to help shape our world and move our culture forward. We honor those, like Prince who have gone before us. And with open arms, we welcome the others out there, women, men, young, old. Other authentic, unique artists who will carry the torch and move us closer to the light. We pray they are here for a long time. Too soon…my Prince…too soon.

As an added treat, click here to see the tribute to Prince from the Broadway cast of THE COLOR PURPLE.