Blog 54 – Looking for nerds in musicals…

While working on our new musical NUMBERS NERDS I was challenged to come up with a list of my favorite character “nerds” in Broadway musicals.  Nerds are characters that are outliers, brainy and social outcasts.  They often dress and act differently than their peers and are made fun of by the “popular” kids.  They bring comic relief to the show and give the leading actors someone to make fun of or play off of.  I must confess that when I was an actor I made a great deal of money playing nerds, whether that was on the stage, in commercials or in print media.  So, it is no surprise that I was drawn to this topic when I returned to producing.

Here are a couple of my favorite nerd characters from Broadway musicals:

Eugene in GREASE – The show starts with a flash-forward where we see an adult Eugene.  Now successful and giving the speech to a class reunion he reminisces about his high school life. Rock music plays and we are brought back into the world of Rydell High.  When he appears in the rest of the show (the flashback) he is well……ultra nerdy. 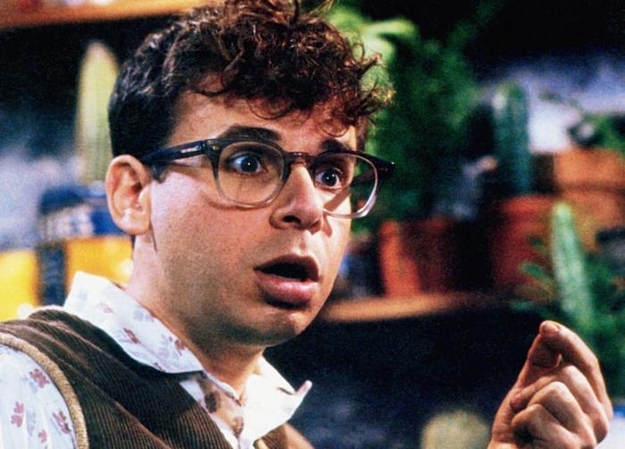 Seymour in LITTLE SHOP OF HORRORS – Seymour is our hero.  We know this from the start when he enters, trips and spills plants all over the florist shop.  We immediately see that he is the underdog, but we learn he has a wonderful ability to grow plants.  Especially the funny, weird plant he found in Chinatown. He is clumsy, awkward and clearly uncomfortable in his own skin.  But, he finds his true love in Audrey.  Together they discover their self-worth and eventually true love blossoms.

Now…as I am finishing writing this blog, I realize that the characters above both are males. Hmmmmmm….perhaps it is time for some female nerds.  Or maybe 5.  Join us as we present a workshop of NUMBERS NERDS, the musical, at the Chicago Musical Theatre Festival on Saturday August 13 at noon and Saturday August 27 at noon.