Directors can make or break a musical.  It is their job to interpret the vision of the writers under the watchful eye of the producer.  Of course, the composer, lyricist and librettist create the soul of the show. They set the tone and give the actors words to say and music to sing.  But, as an important next step, the producer hires the director after the show has been written but before the show is finalized.   And the director often sees things that need to be revised or enhanced.  So far from being just a “traffic cop” for stage movement, the director of a new show is a critical member of the creative team.    Here are some of my favorite directors of musical theatre.

Hal Prince – For over three decades he directed some of the best musicals on Broadway.  PHANTOM OF THE OPERA, EVITA and the original CABARET are some of his credits.  I remember seeing EVITA when it was originally produced and was blown away with how he told the story on a bare set with pieces coming on and off and scaffolding lurking in the background.  His famous collaboration with Stephen Sondheim ended with the ill-fated MERRILY WE ROLL ALONG (still one of my all-time favorites), but Prince still gave us Sondheim’s  A LITTLE NIGHT MUSIC and FOLLIES. 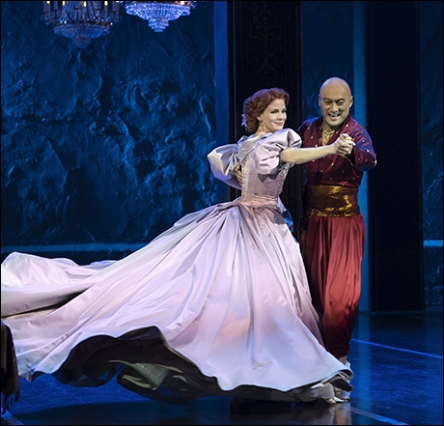 Bartlett Sher – I first saw his work in the Goodman Theatre’s production of THE LIGHT IN THE PIAZZA.  I can still remember the opening moments of the show.  I recall the glorious music and then the wind blowing leaves across a stage as we see an Italian piazza.  I thought – “Who puts this kind of detail in a brand new show?” Sher did….and  he went on to direct revivals of SOUTH PACIFIC and THE KING AND I.  Listen how he talks about his life and career in this interview with Ken Davenport.

Tommy Tune – Although his work has not been seen on Broadway for quite a while, he was the genius behind WILL ROGERS FOLLIES, NINE and GRAND HOTEL.  Tune started as a dancer, morphed into a choreographer and then took the jump to directing.  He has won so many awards including nine Tony Awards that he deserves a place on this list.

Now of course there is Fosse, Bennett, Champion and many others.  But wait…where are the females?  I am going to talk about them in a future blog.

Who are your favorite musical theatre directors?  What director does not get enough credit?