Blog 61 – What does a Producer do anyway?

I have been asked this question over and over.   And, while the answer varies a great deal from producer to producer, it also varies depending on whether it’s a new show being produced, or a new production of an established show.  Working with a new show, here is a brief summary of what I do.    Mostly, what I do is hire people and problem-solve, oh yeah…and deal with money.  After choosing the material, I consult with the composing team and hire a director.  The director comes in after a first draft of the material is written (and probably read with actors a few times).  The director, along with the producer, then chooses the creative team – the designers and the assistants.  The producer then works with the director to find rehearsal space, a theatre for performances, and develop a schedule. Then….casting begins. After this, I, as producer take a step back and let the director do their job.  I move onto advertising, marketing and sales meetings.  The posters, postcards, websites – all need to be designed and meticulously thought out.

Producing is not easy and many people cannot imagine why I like it.  But it is something that I enjoy and feel good about.

Here are some of my favorite Broadway producers: 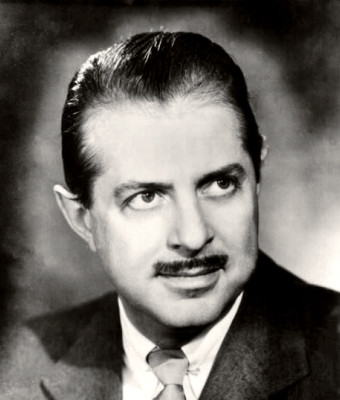 David Merrick – “The Abominable Showman” this is what he has been called,  with HELLO DOLLY, 42nd STREET and many, many other huge hits to his name.  He is perhaps one of the most well-known (if not admired) Broadway Producers of all time.  His reputation, his physical presence and his well-known antics are classic theatre fables.

Ken Davenport – I have to admit, he is somewhat of a hero to me and a bit of a mentor, but he must go on this list.  After last season’s incredible revival of SPRING AWAKENING, he has earned his spot.  Of course, there is his revival of GODSPELL and the show that first turned me on to him: ALTAR BOYS. And, he is tirelessly working with young producers to get more theatre produced.

James Nederlander – Not only a Broadway producer but his company currently owns nine Broadway theatres.  He often said that he was in the moving business – moving shows in and moving shows out.  He and his family are one of the great Broadway dynasties.

« Blog 60 – Everyone wants to be an actor!!
Advertising vs Marketing…..best practices in musical theatre »