The year was 1986, I think. The whole event is burned into my memory, but it is still a blur. I do know that the first national tour of LES MIZ was in Miami and an actor friend of mine, Clay, was in the show.  I was vacationing in Key West at the time, and I asked him to join us on his day off.  Since Key West and Miami are not that far apart, he asked if he could bring a friend and they would drive together, spend two nights with us, then go back the following day.  Great, we had a plan.

My friend, Clay arrived with his friend David.  As we sat by the pool and had lunch, David, who was the conductor on the tour, announced that he was not going to be able to join us for dinner because he had a dinner engagement.  We were taken back because this trip to Key West was so hastily planned.  Then the shocker really came.  He was going to visit a colleague and mentor of his who was staying just a few blocks from where we were – Leonard Bernstein.

For a long time, we were convinced that he was joking.  Then he disappeared into the room and when he returned, he announced that he had called “Lenny” and that we all were invited to cocktails at his home before their dinner.  “Oh yeah, right!” was our response and we continued to sun bathe (we did that back then) and read our novels.  Just before we were supposed to leave, we decided, well, just in case this is really happening we better get cleaned up and rehearse.  So, we showered, changed clothes and rehearsed what to say, or at least what was the body of work that Bernstein created.

We left a little bit later and walked just a few blocks to a huge, old mansion –  that is common in Key West.  We carefully went up to the door just exactly at the time we were told to be there, rang the doorbell and waited.  The door opened and Leonard Bernstein welcomed us with hugs and kisses.  He said, “Took you guys long enough, now, can we drink?” 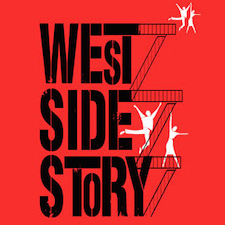 For the next hour and a half, we were entertained by his stories, shown the grandiose place he had rented and mostly just sat in shock.  Here we were sitting with the genius….that word is almost too small…who wrote WEST SIDE STORY, CANDIDE, WONDERFUL TOWN as well as MASS and others.  One of the most celebrated conductors in the world. And, there were just five of us in the room.

After we left, I was in shock for quite a while.  But several decades later, I fondly remember him and the experience.  Those glorious events are what make up  our “theatre memories” –  The times when — we were blessed to meet wonderful people – when we had the chance to connect, collaborate, conspire, console, create —  we were graced to rub shoulders with genius – the times when we have experiences that are reserved only for folks like us, who live in the theatre.

What are your wonderful “theatre memories”?  When were you deeply touched by graciousness?

« What is a “workshop” production???
Blog 65 – What do West Side Story, Gypsy and Follies have in common? »