I was depressed that I had not yet gotten a summer stock job and it was already May.  Casting decisions had long since been made.  And I was left out.  As I sat in my apartment thinking about the laundry that I had not done and trying to figure out what I was going to do that summer, the phone rang.  It was a director I had worked with previously. 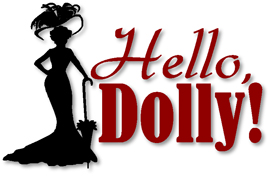 He called to say that the actor playing Ambrose in HELLO DOLLY! In his summer stock company had left, and he asked if I would come and do that role — and the other shows as well!  HELLO DOLLY! is one of my all-time favorite musicals, and I could not pack fast enough.  I flew to Florida, and we opened two days later.

Dolly Levi is a great character for any woman.  She is truly a star.  She is in almost every scene, has all the great songs and ends the show in a wedding dress!  Carol Channing made history as Dolly on Broadway, and Barbra Streisand was spectacular in the movie version.  But here are some others that are my favorites:

Pearl Bailey – When the original production started to have ticket sales that were not stellar, the legendary producer David Merrick thought the show needed a kick.  He knew the show was great but how could be keep it running.  Bring in an all-black cast and use Pearl Bailey as Dolly! The all-black show ran for over three years!  Her take on Dolly was fresh and exciting.

Bette Midler – Yes, the “Divine Miss M” is coming to Broadway in HELLO DOLLY!  -in April 2017.  I cannot wait.  What “spin” will she put on the character?  How will she interpret the songs?  And how long will she stay in the role so the masses can see her?

Mary Martin and Ethyl Merman originally turned down the role when they were offered it.  But Mary Martin went on to play Dolly in London.

Call on Dolly…….Before the Parade Passes By…….It takes a Woman!

What are your stories about Hello Dolly!?  Love to hear them.

« Blog 68 What ever happened to OVERTURES?
Blog 70 – What happens in rehearsals? »