Blog 68 What ever happened to OVERTURES? 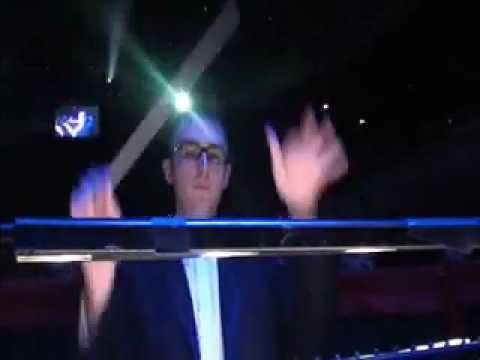 Ahhhh, the house lights dim, the last minute audience members take their seats, a spot light hits the conductor, and then BAM…the overture starts……  I can remember the first time I listened to an overture in a theatre.  I was floored.  The show was CAROUSEL.  I knew nothing about the show and then when I heard the overture, I was transported into carnival life.

But what has happened to the overtures in musicals?  Not to mention entr’actes? (the entr’acte are the overtures played before the second act starts) Many shows no longer have an overture.  Think of the big hits A CHORUS LINE, PHANTOM of the OPERA, LES MISERABLES, CATS, HAMILTON…..no overture.  Perhaps it is because the orchestras became much smaller than previous decades?  Maybe it is because they became too expensive to write?  In any event, I love overtures.

Here are some of my favorites:

FUNNY GIRL – Jule Styne’s music for this show is stunning.  And the overture is particularly exciting.  As it is playing think of how many songs you already know!  And, think about the original production where a young Ms. Streisand stood backstage waiting to go on.

MERRILY WE ROLL ALONG – Sondheim’s best overture. Hal Prince directed this show on Broadway ( it was a huge flop and the end of his partnership with Sondheim). It treats us to a glimpse of what is to come.  (At this point, the audience does NOT know that the story will be told in a very unconventional way.) Some say it was the last great overture.

GYPSY – I know…I know……this is a favorite of many people.  And it should be.  Another one written by Jule Styne.  I can listen to this overture over and over.  But what makes it interesting is that all of the songs in the overture are song by Mama Rose!  “If mama were married” and “Little Lamb” – NOT there.  Of course Mama Rose, does sing almost every song……

What are your favorite overtures?  Why did they disappear? Any thoughts?

« How does audience feedback help you create your new musical?
Blog 69 – Hello BETTE!!! »