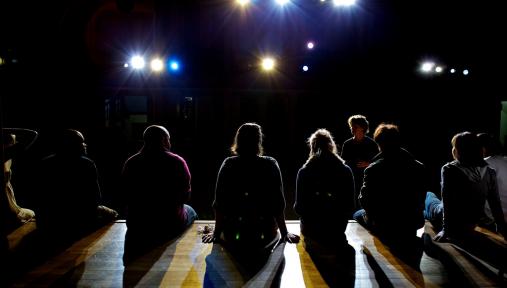 I remember my acting teacher, Nan Withers-Wilson, saying to all of us in Acting Class in college something like, “You must fully commit to the actions of your character”.   What she meant, I think, was that we actors must make choices about what our characters would do – and then do it 110%.

I also recall a spiritual teacher of mine saying that she was 100% committed to changing the world, but that she had no idea how to do it.  But, by golly, she was going to do it!

One last memory – it was a long time ago and I had just been fired from a job.  I felt miserable.  I started looking for a job half-heartedly (mostly because I was heartbroken over the loss of a job I loved) and I went to a coffee shop with a new friend (I was trying to network).  He looked at me and said, “You are not finding a job because you are not committing yourself to finding a job.  If you really want a job, you must commit 100% of your being to finding a job.”  It kind of blew me away….but it worked.

Successful actors/directors/producers are the same.  In order for them to succeed, to excel, and to propel themselves to the next level they must commit.

Here are some performances I remember because they “committed”. 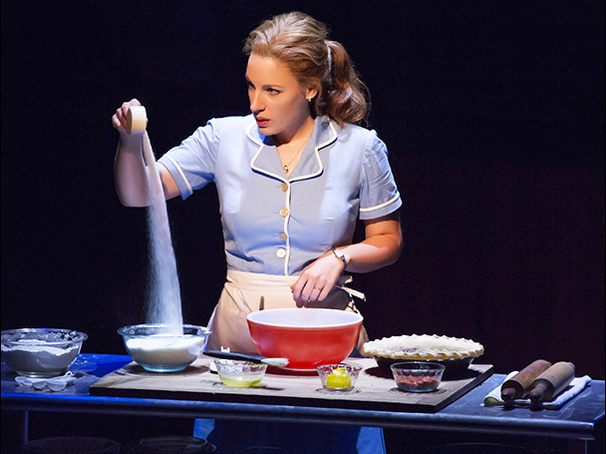 Jessie Mueller in WAITRESS – The role is a battered wife, with little confidence in herself, except she knows how to make great pies.  AND, she uses her imagination to make creative, non-traditional pies based on her emotion of the day.  At the end of the show, she had the audience eating out of her hand!

Tyne Daly in GYPSY – This was a revival of the great show a while ago.  I saw the show and afterward, I went backstage to meet a friend of mine who was in the show.  He told us how Ms. Daly was Rose from the minute she walked into the theatre – in charge, domineering, self-centered.  But as soon as she left the theatre, she was herself – loving, caring and made everyone feel special.  That is commitment!

Michael Jeter in GRAND HOTEL – I first saw only the second act of this Broadway show (back then you could sneak into the theatre at intermission and stand in the back…you cannot do this today) and saw him do “We’ll Take a Glass Together”.  I was stunned.  I went back the next day and purchased a ticket and saw the whole show.  His breathtaking song/dance is documented in youtube.  Here it is.