Costumes are crucial to the production and the story.  They cannot be ignored, but they can be trashed or idolized.  My husband and I go to the theatre a lot. He notices the music, the story and the performances but rarely does he notice the costumes.  Until……We were in London a few years ago and I practically begged him to go see FLASHDANCE the musical with me. He reluctantly said yes.  We got great seats, but the theatre was mostly empty.  I was so excited for the end of the first act (when I expected buckets of water to come crashing onto the stage like the movie) and I kept telling him to look out.  Well…that did not happen.  In fact, not much happened.

At intermission, he asked why I wanted to see the show and I told him how much I loved the movie and the music.  Then he told me that he was disappointed in the story and the costumes.  (He NEVER talks about the costumes.)  And, I knew, if he mentions the costumes, there must be a problem – and there was.  They were boring and did not fit the characters.  Now, with that said, I must say that when we go to the theatre, almost always the costumes are great.  Even in the small storefront theatres of Chicago.  But on Broadway, they are spectacular.

Here are some of my favorite designers: 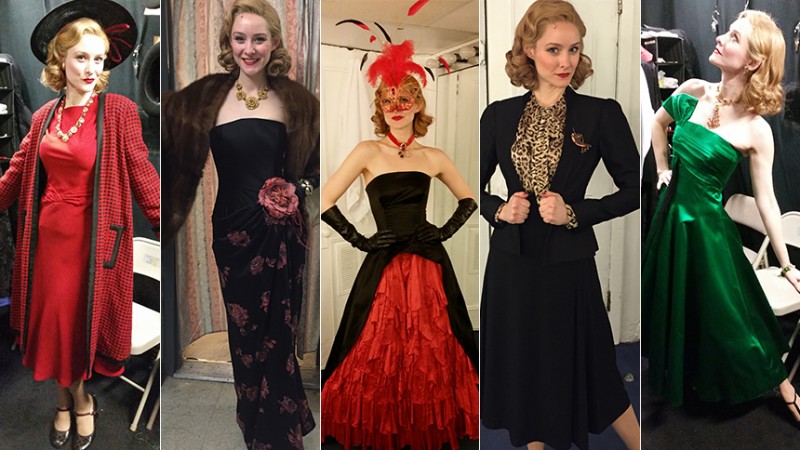 Bob Crowley – known for his set designs (he has won six Tony Awards for set design) he has made a splash on the costume design scene by designing intriguing, exciting and much discussed costumes for TARZAN, AN AMERICAN IN PARIS and MARY POPPINS.

Greg Barnes – began his Broadway costume design career with SIDE SHOW in 1997 and has worked on shows such as ALADDIN and LEGALLY BLONDE, but my favorite was his costumes for SOMETHING ROTTEN!  They were very detailed and imaginative.

Now, I am not including the legends here like William Ivey Long, Florence Klotz, Theoni V. Aldredge and Patricia Zipprodt as they are in a category all by themselves.

Who are your favorite upcoming costumes designers?  Love to hear it.

« Costumes in a Broadway musical
NERDS in another festival!!! »