Costumes in a Broadway musical

“Stop futzing with your costume!  You are not going to the prom!  All I care about is how it looks on stage!”  I heard this at a costume fitting when I was just starting in show business.  Later, I came to understand that the costume designer and all of their staff must be treated very well.  I learned “don’t complain,” “tell them you appreciate their hard work,” and bring candy to costume fittings. 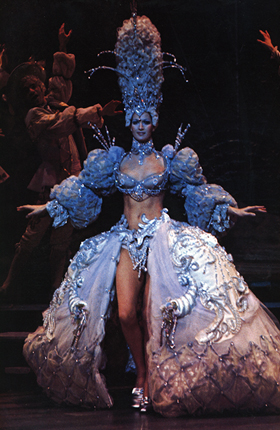 I have no skills in costume design or construction.  Yes, I had a theatre tech class in college, where we learned to sew a vest.  And of course, in summer stock I sewed on buttons, Velcro, and other menial tasks. But I did what I was told, nothing creative.

Costuming an actor is a skill, an art really.  The costume becomes their “skin.”  It tells the audience about their social class, what year it is, how they feel about themselves, and on and on.  And….. along with everyone else I know….I love good costumes on stage.  Here are some of my favorite costume designs in musical theatre.

FOLLIES – Florence Klotz designed the elaborate costumes of the Follies girls in this Sondheim musical.  Michael Bennett hired tall girls and with the headdresses they looked like giants on a Broadway stage.  The details on these costumes are amazing and stunning to look at. 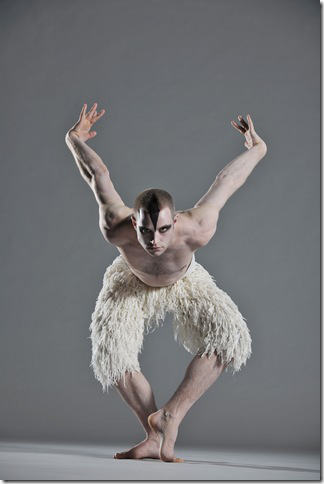 SWAN LAKE – Some say this is really a ballet and not a Broadway musical, but I am including it here because Lez Brothersten won the Tony for Best Costumes.  I remember running to the theatre in the rain to see this masterpiece the day before the show opened.  I sat in shock as I saw these “swans” come to life.

ROGERS AND HAMMERSTEIN’S CINDERELLA – William Ivey Long designed this gorgeous production.  Of course, the thing that most folks talk about is the amazing quick changes that occur in front of the audience’s eyes.  (Save that topic for another blog.)  But in addition to the quick changes, the costumes stand out on their own.

What are your favorite costume designers?  What shows?  Love to hear them.