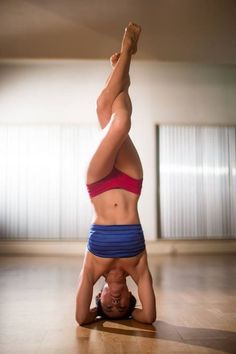 My yoga teacher tells us to “imagine” doing the headstand before we start the pose.  While we are relaxing, she guides us by telling us that, if we can imagine ourselves in the pose, then it will happen.  Maybe not that day but it will happen.  That is the power of imagination.

I just read an article where Meryl Streep says that the first step she takes when taking on a new role is to imagine herself in the role.  What does the character (herself) wear, what does she look like….oh….and yes, what does she sound like (hence the accents).

When I saw THE LION KING in previews on Broadway, the audience jumped to their feet after the opening number.  I had never seen that before.  A standing ovation after the first number.  Why?  Because we were blown away by the creativity of Julie Taymor.  The elephant (and the baby elephant that follows her) walking down the aisle of the orchestra, the herd of gazelles that run across the stage, and of course the giraffe that makes its way across the stage behind the huge sapphire sun – that is imagination! 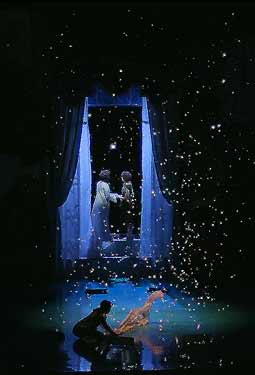 PETER PAN opened on Broadway in 1954.  When I was in high school I saw the tour of it with Sandy Duncan.  After the first scene when Peter flies into the bedroom and I could not see the wires, my eyes were peeled, searching for any clue as to how she flew.  I was disappointed because I saw nothing. (except when Peter Pan flew from the stage over the audience and back onstage—when they made no attempt to hide it!).  Once again imagination.
Then we have FINDING NEVERLAND.  The story is about the creator of PETER PAN, ironically, and the Broadway show was fun from the very beginning.  But the finale – now that was really special! With a series of fans, they created an “air tornado” – click here to see it. It appears to be simple but it’s extremely imaginative.

What are the most imaginative moments you have experienced while watching or participating in a musical?  Love to hear them.