As I am marketing NUMBERS NERDS, the new musical I am collaborating on and producing, I meet with a lot of directors and producers.  Some teach high school, some college and some work in community theatre.  What I am learning is that the best way to “sell” our show is for them to see the show. 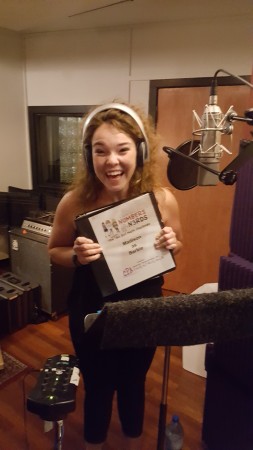 Now, this is not easy.  Not easy because we have no plans for a sit down production here in Chicago.  So, we produced NUMBERS NERDS at festivals – the Chicago Musical Theatre Festival and the ITA Community Theatre Festival.  The response we received from both productions was enthusiastic and positive.  And the comments and questions that they present are always interesting.

But the question that jarred me the most, in my discussions with theatre professionals, was “Will you be making the music available in tracks?” I have always performed and directed musicals using a pianist either alone or with more instruments.  I have never worked with music tracks.  So…. I started doing the research.

Most companies that license musicals (Music Theatre International, Samuel French and Theatre Rights Worldwide) offer music tracks to theatres that want to produce the shows they license.  In fact I learned that they usually offer TWO kinds of music tracks.  One track has the music (sometimes using many instruments even) along with the vocals – these are used for rehearsal, to teach the actors the music and to help them sing alongside the music.  The other track is just the music.  These are usually used for performances. 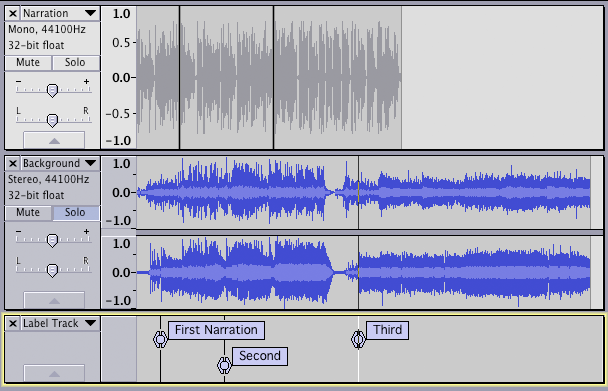 After a director asked me about tracks, I asked him why?  He said, “I live in the second largest city in Illinois and it is extremely difficult or impossible to find musicians.”  I was dumbstruck.  So…I asked two other people in that area what their thoughts were on this subject.   Both confirmed this.  It seems musicians outside of large cities are difficult to find (and might be very expensive since there are so few of them.)

What are your thoughts on music tracks instead of live performance?  Would you be willing to pay more in ticket prices to hear live musicians?  If you are a director/producer have you used music tracks before?

« Firsts are important……
Musicals with a new look…. »

As a performer and an audience member, I despise canned music. Some nights, when the stars align and gods of theatre are being generous, a performance is more on fire than another night. On those nights everyone in the place needs everything to go just the tiniest bit faster. I’m not talking a major tempo change, just 2, 3 maybe 4 beats per minute quicker. Those magical performances can’t really happen with canned music because electronic equipment can’t feel the energy in the room.
As a producer, canned music is sometimes a necessary compromise.