Popular musicals that never made it to Broadway 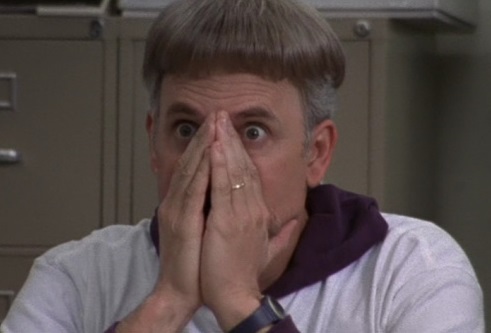 “We’re going to Broadway!!” says Corky in the film Waiting for Guffman!…and wait they did….but Broadway never saw their show.  (I love this movie by Christopher Guest!)  Years of work, hours of solitary writing, days of collaboration, weeks of rehearsals, out of town tryouts and maybe a solid run at a regional theatre, but then – no Broadway.  How frustrating and jarring that must be.

Here are some of my favorite shows that never made it to Broadway:

CHILDREN OF EDEN –  written in 1986 and produced hundreds (perhaps thousands) of times, this Stephen Schwartz musical is a popular favorite of amateur producers. Yet, it never had a Broadway run. After the initial London run the show has been re-written several times.  Paper Mill Playhouse produced a major production starring Stephanie Mills in 1997 – and there is a great cast recording of this production. 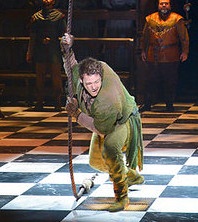 HUNCHBACK OF NOTRE DAME – this Menken/Schwartz musical was a movie first (but it is based on the Victor Hugo novel).   Originally opening in Berlin Germany, the show was sung in German!   Eventually there was a production at the Paper Mill Playhouse but it never moved to Broadway. Despite getting good reviews Disney Theatricals chose not to go all the way.

MARTIN GUERRE –  I saw this in London.  It was quite a spectacle, but it did not quite hit the mark.  Written by the creators of MISS SAIGON and LES MISERABLES – this was sure to be a hit. But, alas, it never made it across the pond to the Great White Way.

ANNIE 2 – MISS HANNIGAN’S REVENGE – I saw this next chapter of ANNIE years ago.  I liked it.  But the audiences did not.  I am told it played at several regional theatres and still did not make it to Broadway, but a re-tooled, gentler version now just called ANNIE 2 is still around making the rounds and getting produced, so who knows?  There may still be a chance.

Any others?
Larry Little
Producer

« NERDS in another festival!!!
Set Design in musicals….best??? »