What do Oliver Smith and Michael Yeargan have in common?  Each has won two Tony Awards for best Set Design in a Musical — Smith for SOUND OF MUSIC and CAMELOT and Yeargan for LIGHT IN THE PIAZZA and SOUTH PACIFIC (revival).  But it is Bob Crowley who has the distinction of being the only three time Tony winner for set design for MARY POPPINS, ONCE and AN AMERICAN IN PARIS.  Now, that is a bit unfair, since between the years 1962-2004 the Tony committee combined the awards for set design for play and musical. Wonder why they did that? 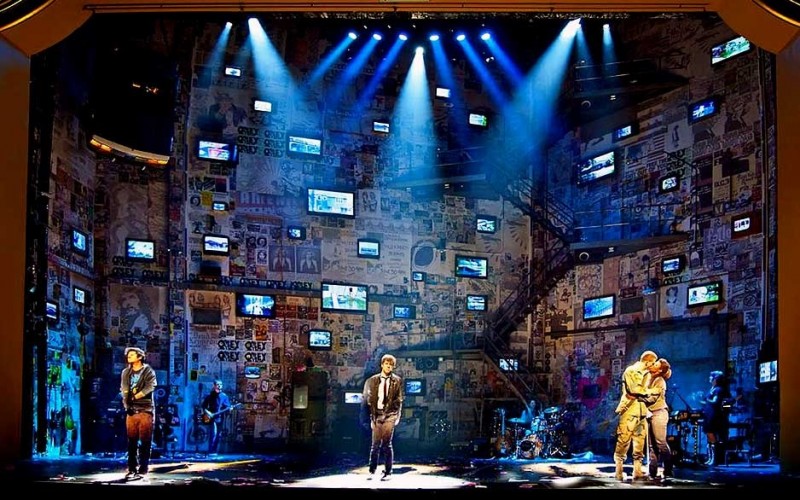 Have you heard of Christine Jones?  She is the only woman to win the Tony for best set design for a musical.  She won the award for AMERICAN IDIOT.  However, Catherine Martin, , Maria Bjornson, Franne Lee  have also won the award for set designs when the plays and musical awards were combined. Heidi Landesman has won it twice….but it is still..sadly… a man’s category.

Here are some of my favorite set designs for a musical:

BEAUTY AND THE BEAST – I loved this show and the set design.  The “magic” in the show comes from the transformations of the set and characters – how clever.  And of course, the tower that appears and disappears in mere seconds in the prologue is stunning.

CATS – When Andrew Lloyd Webber first brought this show to the US, I understand they wanted a huge spectacle for the climax of the show – when Grizabella transcends into the heavens.  What did they do?  I heard they went to Disney (who had yet to make its Broadway debut) and with their help created the amazing tire that “flies” into the sky.

WICKED – I was floored when the monkeys flew over the audience and the wizard head  started to speak.  Then Glinda came flying in inside her bubble.  And all of the other great effects and sets used for this great musical.
What are your favorites?  Least favorites???

« Popular musicals that never made it to Broadway
Musical Theatre Festivals »