HAMILTON’S numbers –  generated a lot of comments.  I talked about HAMILTON and that Linn-Manuel Miranda uses numbers throughout the musical.  Ten Dual Commandments, “three fundamental truths” and others are in the text of the show.  I also talked about the rhythm of the text of much of the show.

My thoughts on Collaboration had readers reflect on their past experiences in collaborating, or working together on a new musical.   What did they learn from collaboration? Patience, listening and being “open” to others are important things to remember.

What does an iceberg have to do with musicals?  This was a fun blog about what the audiences sees is just the “tip of the iceberg” of what really happened backstage.  What songs were cut while developing the show.  How titles change and original characters morph into new people.

First Act finales 1 and 2 had a lot of readers sending me their comments. “Right on” “You forgot XXXX” and “No….you are wrong about xxxx.”  Somehow these two blogs made a lot of readers think about why the ending of the first act is so important.

What is a workshop of a musical?  Since NUMBERS NERDS did a workshop production at the Chicago Musical Theatre Festival in August 2016, I thought I would give some information about what that means?  Click HERE to read about what a workshop is? 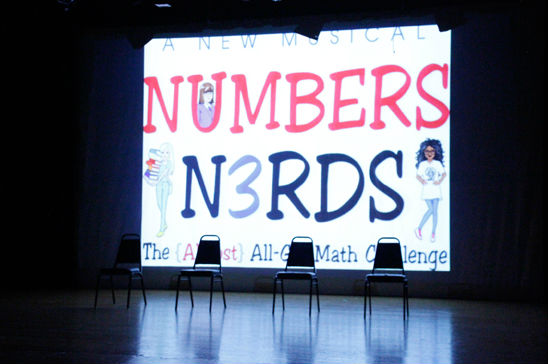 Thanks for reading, love to hear your thoughts.
Larry Little
Producer