Back to my regular blog now that, NYMF is over. 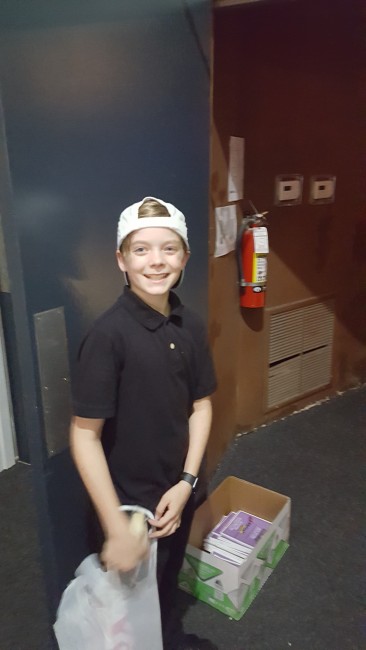 Why is that guy wearing a wrench tied to his jean loopholes? – During the tech rehearsal for the large cast version one of the lighting technicians was walking through the house and someone asked me that question.  Lighting technicians use a wrench to move and adjust lighting instruments.  Mostly these lighting instruments are in a very high position – either in a cove above or on the sides of the theatre.  They secure the wrench to their jeans with a rope of some kind so that if they drop the wrench it does not come crashing down on anyone below (or hit another lighting instrument ruining the focus that was just set.)

What is an A1 and A2?  Audio technicians are referred to as A1 and A2s. It stands for Audio- staff 1 and Audio – staff 2.  Usually the A1 mixes the sound and the A2 places the microphones on the actors.  What does mixing mean?  When you go to your next musical, you will probably see – often at the back of the theatre or sometimes on the side — a technician working in front of a huge computer system with a lot of dials and levers.  That is the control panel for the person who controls the sound of the show.  She controls the microphones of the actors (both in their hair and microphones that happen to be on the stage) and the microphones of the band.  She “mixes” the sound so that the band does not overpower the actors and vice versa. (Shout out to Garrett who was our A1 at NYMF – magnificent job.)  This control panel has to be right out in the theatre, so that the tech is actually hearing what the audience is hearing. 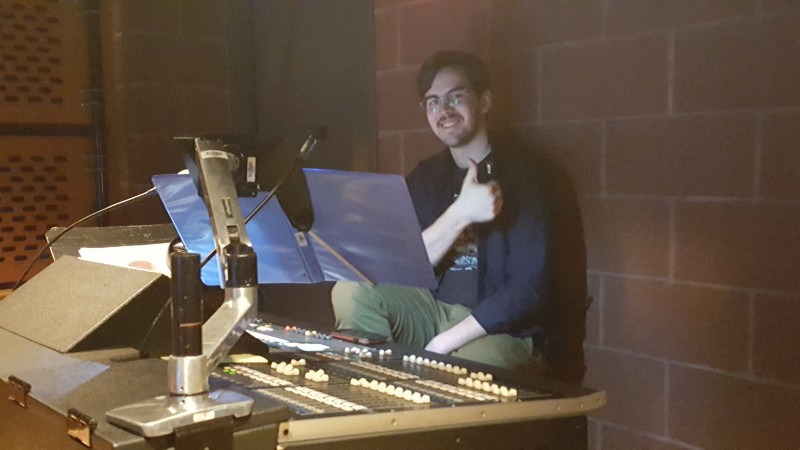