I found this article from “Talkin’ Broadway” about the best recordings from last year, and I LOVED it.  So, I thought I would share some of its wonderful comments. Here are some of their choices and their reviews for best Broadway Cast Albums/Recordings from 2016! 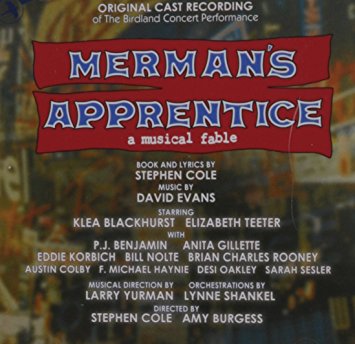 Their first choice is MERMAN’S APPRENTICE – A MUSICAL FABLE, written by my friend Stephen Cole. “What a hoot! Here’s a sweet valentine to old-school musical theatre—with spice. “   Ethel Merman had turned down the role, unwilling to follow Ruth Gordon.  But in the end, she wanted to be involved.  So she agreed to come into the show, in order to be the final Dolly of that first (and longest running) production. “Merman’s sass and public persona are on full display, as is a strong echo of her big singing voice/style/ticks (and her speaking voice, too), thanks to the appropriately bright bulldozer of a characterization by Klea Blackhurst. She’s a mega-aficionado whose breakthrough cabaret act was a tribute to her fave and she’s since taken on some of her roles in productions, including Dolly. It’s a wonderful flashback to a chapter that, mostly, never was—and, with events like the inexperienced kid herself stepping into the role on Broadway—highly unlikely, but highly likeable.”

The whole thing is even more exciting, given that a new production of Dolly will also be arriving soon! 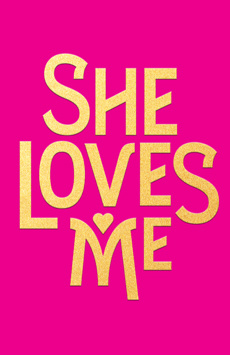 Their second choice is SHE LOVES ME – Many…”have long considered Jerry Bock and Sheldon Harnick’s She Loves Me score to be one of the most satisfying, with its generous number of songs that are always super-satisfying to return to. There’s marvelous variety in these superbly constructed items that allow singing actors to sink their teeth into and shine. One more cast album, thanks to the recent Broadway revival, is one more solid series of performances, thanks to the talents of this particular company. The crispness of the orchestrations punctuating the music also bring out the Harnick rhymes and power of well-chosen words sitting on notes so ideally to give them color and emotion—or humor. Well before characters fall in love, we have fallen in love with them and with care lavished upon the graceful material by the singer-actors. While quite respectfully approached, many numbers have nuances and attitudes different than what’s heard in other versions, so it feels fresh instead of slavishly cloned or robotic. I don’t love all choices and liberties taken as being ideal, but they are valid and defensible and this invigorating take on She Loves Me is rewarding and often rapturous.”

To read the rest of the choices and the reviews click HERE.

What are your favorite NEW Broadway musical recordings?