Last night I saw an exquisite production of THE MOST HAPPY FELLA.  The performances were spectacular, even though several understudies were on.  The sound from the 11 member troupe felt like an ensemble of 40!  The show was meticulously directed and the set was full of wonderful details (the grapes on the vines that were throughout the stage lit up!)  The whole theatre was painted in the same color to make you feel like you were on an Italian vineyard (though in Napa!)

I am still humming the songs this morning.  And suddenly I thought….hmmmm… I already knew several of the popular songs from this show, but after all of these years, I had never seen a production of this show!  Some of the famous songs include “Ooh! My Feet!” “Somebody Somewhere” and “Big D.”

So, why hadn’t I seen the show before?  I am not sure, but here are some of my thoughts. 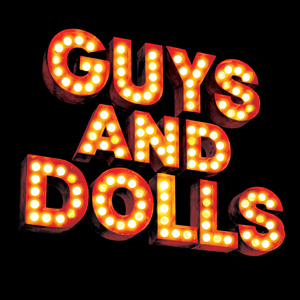 First, the show is almost an opera.  There are VERY few lines in between the songs.  Frank Loesser (GUYS AND DOLLS) wrote the book, music and lyrics.  Now, Broadway has had successful operas before but this is a bit different.  The show requires excellent singers – in an operatic style almost – and this may make it difficult to produce.

Next, the show has three acts.  When I saw this in the program I groaned.  But, then I noticed that the company combined the last two acts – which meant that the show was going to have a very long second act.  But, in the end it did not seem that way.  Over the years, audiences in the US have become very used to shorter shows – LES MIZ is an exception.

But in the end (no pun intended) I think it is the troubled ending of the show that makes it difficult to produce.  The show has to pull a lot of ends together quickly (how often have we heard this?) and since the music is so good, it doesn’t seem to want to end!

Now, with that said, click HERE for a great performance from the show.

Ahhhhhhh……”I’m the Most Happy Fella!”