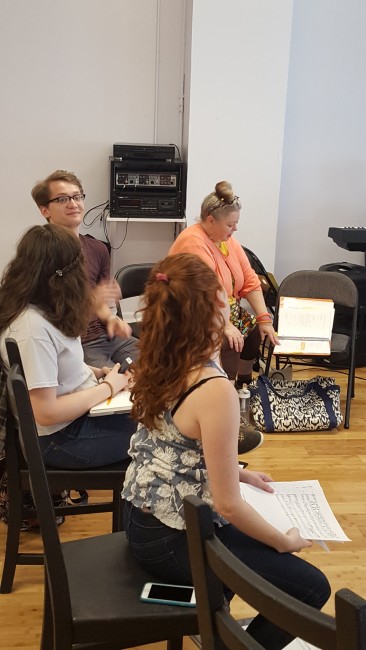 All of the costumes were put in one large suitcase.  All of the props were put in another. The final rehearsal in Chicago was over and the cast, directors, crew and producers were preparing to leave for New York for the New York Musical Festival (NYMF).

Sunday – a day of travel and rest.  Then Monday and Tuesday – rehearsal days, then Wednesday – the big day.  Wednesday starts with a load in, a technical rehearsal (where lights, sound, costumes all come together) then the first performance of NUMBERS NERDS.

I thought Sunday was a day of rest, but here is just a smidge of what happened. 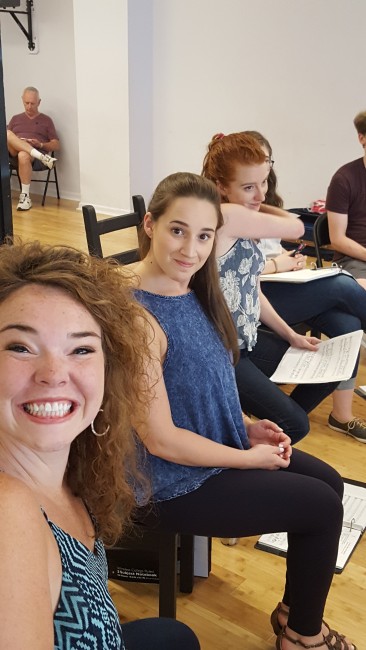 Then Monday came and went with this going on…..