References and Reputation in the Theatre 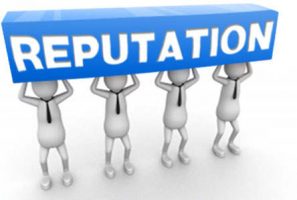 A long time ago I was producing the musical CABARET.  The run had just begun when we learned we were going to lose one of our actors.  The stage manager called me to tell me this and to tell me he had reached out to the director for some names as replacements.  When I got to the theatre I was given those names, and I added a few of my own.  The director met me to go over the names.  Immediately, he scratched out two names.  He looked at me and said, “They are trouble.” It just so happens that an actor was within earshot and immediately the actor came over and said, “You are not hiring people because they caused trouble in an earlier show?”  Both the director and I looked at this actor and said, “Of course!”

In another, more recent incident, about two months ago, I heard a conversation with a local director and a musical director.  The musical director was discussing names of a replacement actor.  And once again, the director said, “If you use her, expect problems.  She is not reliable, she changes staging, etc.” 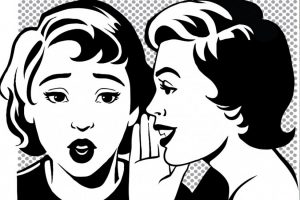 Yes…..directors talk with producers.  Producers talk with musical directors.  Those of us in hiring positions talk to each other – a lot.   It is very easy in this business to get a bad reputation.  It is very difficult to restore that reputation.  Once you are labeled “trouble” or “crazy,” look out.  This not only goes for actors, it goes for everyone who is looking to be hired – dancers, designers, staff, etc.

Oh yeah….and we check references.  At least, I do.  If I do not know a candidate, I call people who they have worked with and ask for a reference.  I learned in business that you say very little if you don’t want to give them a good reference. (But you can clearly indicate your preference in the tone you use.)   But many people in the theatre are not wedded to those niceties. Many people will talk your ear off if they love a candidate – or if they do not. Sometimes, I also do a 360 reference.  That means I interview people who work alongside the candidate and a supervisor and someone who reports to the candidate.  That really gives a clear indication of their reputation and performance.  I have also learned that most of the time – the references have similar opinions on the candidate – rarely do I find opinions that differ.

So the bottom line is that a reputation is a fragile thing.  It breaks easily, and once broken is very difficult to repair.  And careful checking of references will almost always reveal a person’s overall reputation.  Of course, the final question is: what should one do with that information? Rarely, but occasionally, I will hire someone who did not get great references.  I am sorry to report that every time I have done that, I have regretted it.  Each time, there was irresponsible, erratic and disrespectful behavior.  Each time, I say, I will never do it again.  You see…I am still learning.

« BIG NEWS!!! So exciting….
What is coming to Broadway this season! »