I was lucky enough to get an award winning Broadway producer to read the script to NUMBERS NERDS – the new musical I am producing.  He said he liked it but had a question.  “The teacher is the most fun character in the script, why doesn’t she have the 11 o’clock number?” I thought about it and responded something like, “She is not the central character in the show….at that point it would interrupt the flow of the story, etc.” and ended up telling him that his idea was very interesting.

But it did give me a great idea for this blog – 11 o’clock numbers.  An 11 o’clock number is a song in a musical toward the end of the show –  it is usually a solo but can be a production number as well.  Broadway shows used to start at 8:30 or even later and at 11pm, the audience was sleepy and needed a wake up.  AND, the 11 o’clock number usually tied up the plots loose ends and let the star of the show (or a featured character) sing about some kind of revelation. It also left the audience with a memorable tune to sing as they went home.  Here are some of my favorites:

“Memory” from CATS – I know…many are sick of this song…but it was glorious at the time (and I still think it is).  It is the turning point in the show and it is the pivot where the other cats seem to accept Grizabella.  She sings about reminiscing on her “days in the sun” and “if you touch me, you’ll understand what happiness is”.

“I know Where I’ve Been” from HAIRSPRAY.  This is a great example of a featured character getting the 11 o’clock number.  The song gathers the troupes, brings them together and gets them ready for a fight! In the live television version recently on NBC, Jennifer Hudson got rave reviews for her rendition of this song. 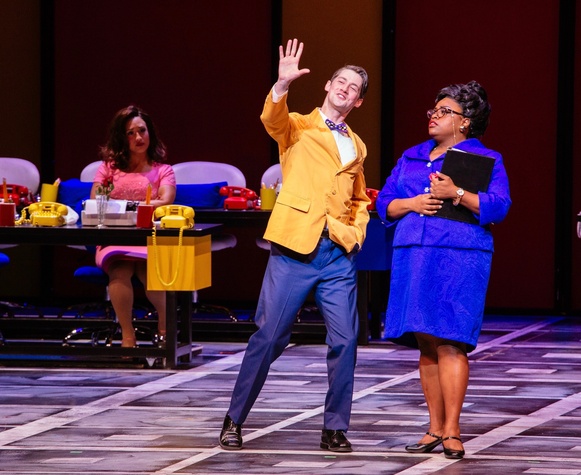 “Brotherhood of Man” from HOW TO SUCCEED IN BUSINESS WITHOUT REALLY TRYING. I have seen the show three times, and I played Bud Frump in the show as well.  This is my favorite song from the show – by far. It comes at a point in the show where you think the leading man is NEVER going to get away with his prank.  And then…WHAM!!