The endings of songs… 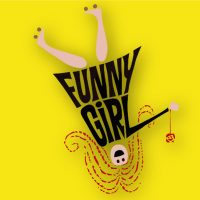 Since I started to produce new musicals, I try to see a lot of new, original musicals.  Sometimes they are full productions, sometimes a reading, sometimes a workshop.  I find it fascinating to see a new musical in the beginning stages, and then return after the composing team has re-worked it and made adjustments.  Listening to the music is one of my favorite parts.

I tell my composing teams that the songs must have a beginning, middle and an end.  That the lyrics must actually move the story forward.  Something must be “discovered’ during the song.  And, the ending of the song is actually very important.  It is what the audience remembers when the song is finished.

I just heard a video clip of Seth Rudetsky talk about “buttons” at the end of the songs.   I think he is so, so right on.  I hate it when a song just stops, when there is no big, fat ending or when the ending is not appropriate for what the song has been up to that point.   He points out that the true “button” is the orchestral ending of the song, not the lyrics or really the “tune.” He says the “ending really helps increase or decrease the applause.”  Here are some of his favorites and mine:

“Don’t Rain on my Parade” from FUNNY GIRL.  I love this ending.  Listen HERE to the orchestra behind the final note of the song.   I also find it interesting when I see the show or when people sing the number to see how fast or slow they take the ending.  If you have large breath control you can do the ending slower, but if the actress has trouble holding the note, then the accompaniment just goes like the wind. 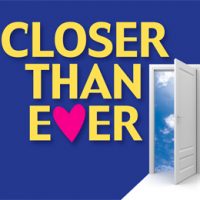 “Life Story” from CLOSER THAN EVER.  When I first heard this song, originally sung by Lynn Wintersteller, in the 1989 show, I was very intrigued.  I was not blown away, but I had to immediately go and google it and discover more about it.  Listen HERE to the song.  (It starts 7 minutes into the video.) Hear how each verse builds and changes just a bit.  But then the ending….ahhhh…..smooth, subtle and she holds the note for a long time.

“I Look Like an Engineer” from 57th National Mathlete Sum-It.  (I know I am cheating on this one.) First, the song is a great anthem to the woman’s equality movement sung by young teenagers.  The melody is fun and you can just see the staging as the students sing about equality.  Then the ending…..funky, fun and ….the applause.  Wow.

I hope I can remember these things as I work on my next show.  Stay tuned.
Larry Little
Producer