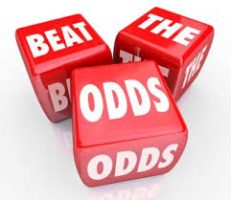 1 in 14.  When I was at the most successful time of my professional acting career, I booked ONE job out of every 14 auditions..  I started writing down the number of auditions, then I circled the number when, and if, I actually got the job.  Now, that is rejection.

I was reminded of this as I watched a Ted Talk called something like “Desensitizing Rejection.” The speaker was recalling how, when he was in his early 20’s, he was utterly paralyzed when he was rejected.   He recalled that his heart beat so fast he thought he was having a heart attack. He could not sleep and he would get nauseous.  But most of all, he was devastated.  Now, I am not talking about getting rejected for a good job, I mean rejection around little things.    He was so utterly thrown by this that his doctor suggested he just had to get over it.  So, he decided to blog about it and document it on YouTube.  His first rejection was when he went up to a total stranger and asked to borrow $100.  Of course, the stranger said, no, but the stranger was friendly. After the rejection, the blogger felt almost all of the same symptoms come back, but this time, there was no nausea. 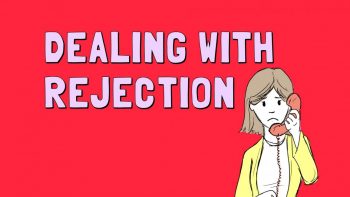 Little by little, as he was rejected each day by people, he began to become “desensitized” to rejection.  He suggested this whole experience gave him a whole new perspective on life and actually gave him courage. When I heard this – I was blown away.  Who knew?

Back to my history of rejections as an actor.  I auditioned for everything.  Things I was definitely NOT right for, shows I was perfect for and for directors and producers I wanted to work with.  I had HUGE fear of being rejected.  But, slowly, I guess that fear was minimalized.  I remember doing three different auditions in one day – one theatre audition and two look/sees for commercial and print ads.  (Later in my career, I got a great agent [shout out to Shirley Hamilton Agency] who sent me out on a lot of look/sees for these kind of jobs.)  I had a “funny” look and could make peculiar faces, so I booked some good jobs and made great money.)  I also had a great coach (shout out to Janet Louer.)

Truth is..I am still upset when I get rejected, but I am not devastated.  I have also learned to manage my expectations and have great people in my life who help me quickly get over the times I am rejected.

Rejection is a powerful experience – it is also a great teacher.
Larry Little
Producer

« Inspiration from a cat?
2nd Reading of Christmas show… »