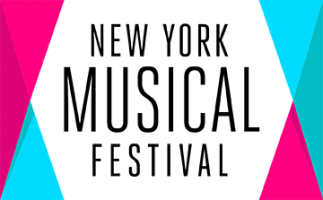 Last year the New York Musical Festival (NYMF) featured musicals including THE TIME MACHINE, MOTHERFREAKINGHOOD and of course, 57th NATIONAL MATHLETE SUM-IT (formerly Numbers Nerds). I just received word of the exciting new shows in this year’s festival, to be held in July.

First, a bit about NYMF (crazy name, ha?)  It is the largest and most prestigious musical theatre festival in the world.  I have attended the festival as an audience member several times, and you can almost feel the excitement in the air in the lobby of the theare before each performance.  The audiences LOVE to see these new works, love to be in on the “ground floor,” and most performances are sold out well in advance.  In past years NYMF has been responsible for incubating great musicals like NEXT TO NORMAL, ALTAR BOYZ and [title of show].  Over 400 musicals have performed throughout the life of the festival which started in 2004.

My experiences as a participant at NYMF were documented in previous blogs here and here.

But in this blog I want to focus on two of the really exciting new musicals that are on deck for this coming summer.

EMOJILAND – Book, Music, and Lyrics by Keith Harrison and Laura Nicole Harrison – the music is fantastic and the idea is so catchy and contemporary! Inspired by The Unicode® Standard, this electric ensemble piece explores the interconnected lives of two dozen emojis whose existence inside a smartphone becomes increasingly complicated after a software update. Driven by a thrilling, clever, heartfelt contemporary score, Emojiland takes its telecommunications source, so familiar to us all, and transforms it  into an allegorical saga . 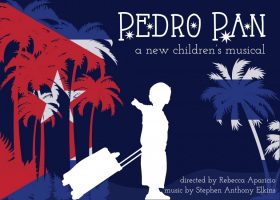 PEDRO PAN – Book by Rebecca Aparicio; Music and Lyrics by Stephen Anthony Elkins —
Based on the real-life events of Operación Pedro Pan, where a young boy is sent to the U.S. to escape the growing dangers of post-revolutionary Cuba. To survive, Pedro must learn a new language and a new culture – while hoping to one day be reunited with his parents. With a score blending the percussive rhythms of Havana and the energy of ’60s New York soul, PEDRO PAN examines what it means to be a displaced immigrant in America

For me, NYMF is personal.  To say that NYMF changed the course of my professional career is not an understatement.  I am so grateful to the staff of NYMF and to Rachel Sussman and Dan Markley for taking a chance on me and our show.