Casting…why is it so difficult for actors and producers? 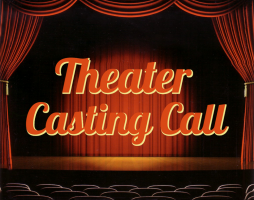 For productions that use union actors (Actors Equity Association) most of the time, some kind of auditions are required.  The production staff cannot just cast the show with the actors they know.  With that said, here are some things that producers (even I ) have heard at auditions.

Remember, we want you to be the right one.  We are on your side.  What we are looking for is “unique.”  Someone who stands out, who is prepared, who has courage, and mostly, someone who we will enjoy working with.

Can you tell I am in the middle of casting our readings?  Thank God, I have help now.

« Updates and an Announcement!
The first reading of our Christmas musical! »