The Show Goes On…… 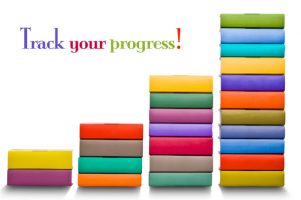 Readers of the blogs get regular updates on our projects to develop new musicals and about what we’ve learned along the way.  But the goal of all this theatrical work is not really to develop shows.  It’s to have them on the stage!

I suppose that’s fairly obvious.  But it’s not always so clear.  At CPA Theatricals we are clear that our focus is commercial theatre.  That we want our shows to reach wide audiences and meet needs in many locales.  Some producers and writers may focus more on a personal quest to “make a statement.”  Certainly there’s a place for that.  But it’s not our focus.

Why am I talking about this?  Larry Little is the leader of our creative activities, shaping the shows that we are developing.  But I take the lead in tracking how those activities pan out.  And….

That brings me (back) to our first project: MATHLETE SUM-IT.  What, you may wonder, has become of that?  Glad you asked!  And here’s the answer.

The first public presentation of the show, then known as NUMBERS NERDS, was in a workshop production at the Chicago Musical Festival, in July, 2016.  That led to our invitation to present an Off-Broadway production at the New York Musical Festival as well as the first presentation of the large-cast version by Bravo Performing Arts, in Oak Park, Illinois.  Both of these occurred in August, 2017. 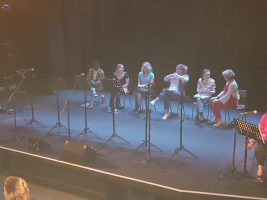 Even in the midst of these important productions, our target audience: High Schools and Colleges, were becoming interested.  In 2017 there were four addition productions, at schools from California to Georgia. And all that was before our colleagues at Theatrical Rights Worldwide had agreed to market and license the show.

Now, with the energy of TRW, we can see momentum in interest in MATHLETE.  This year, there have already been four productions, coming from schools from Texas, to Florida to Wisconsin.  And just two weeks ago TRW hosted a staged reading of the show in London – introducing it to producers and school leaders in England.

Pretty exciting!  The lion’s share of our energy will always bee on the process of developing new shows.  It’s a great feeling to know that our mission: providing commercial musicals for underserved audiences is really working.  Across the nation – and now around the world – they’re “playing our song.”  And experiences our shows!

« GIRLHOOD workshop….it starts….
Thanks in the theatre world…. »