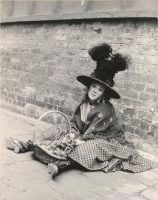 One part of the fun of being Associate Producer at CPA Theatricals is the contributions my skill offers.  But another part is how much I am learning, given that I have no background as a theatre professional.   As a life-long audience member, I always knew what I liked and what I didn’t.  But I think I presumed that it was simply a matter of “liking,” that musical theatre is basically a straightforward, uncomplicated genre.  Nothing that sophisticated.

Wrong!  I’ve learned that the musical theatre genre is complex.  There’s science to making things work.  It doesn’t just “happen.”  Here’s one thing I’ve learned – something that Larry has often discussed in these blogs, but something I am still “picking up.”

The key to many successful musicals is having a lead character who is on a journey, who wants something he or she doesn’t have, and who will take any risk, pay any price, to get that want fulfilled.  But if you have such a character, then the pivotal moment in the show is when the character’s “want” is revealed.  And so – voila! – a musical theatre dogma emerges: there must be an “I WANT” song, and it should come no later than three songs into the show!

Now, to an outsider like me, that dogma felt rigid and pretentious.  But then I started really listening to the shows I attended.  And by golly, that’s how it works!

Eliza Doolittle: “All I want is a room somewhere, far away from the cold night air, with one enormous chair.  Now wouldn’t that be loverly.”  It’s like a movie in her mind! 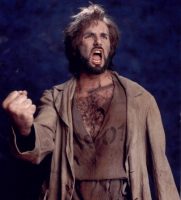 Annie: “Maybe now it’s time, and maybe when I wake they’ll be calling me baby, maybe….  Maybe now this prayer’s the last one of its kind.  Won’t you please come get your baby.  Maybe!”  She’s so hungry for that family!  (This is actually the FIRST song in the show.  Talk about announcing what you’re up to!)

And Jean Valjean: What have I done?….  Have I fallen so far, And is the hour so late That nothing remains but the cry of my hate…  Is there another way to go?…  I’ll escape now from the world, from the world of Jean Valjean.  Jean Valjean is nothing now.  Another story must begin!”

So there’s the theory.  And will following the theory guarantee a good show?  It all depends on the audience.  Let’s have a quick cheer for us! Stay tuned for an update on GRACE & THE ISLAND OF MISFITS.