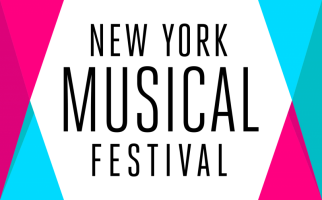 Last weekend I had the honor of participating on a panel at the orientation for the shows featured at the 2019 New York Musical Festival (NYMF).  There will be 12 shows performing in repertoire. Click HERE to read about them. Writers and producers who have shows from Australia, the UK and all over the US were there to learn about the festival, make plans and hire staff.  I talked about fundraising.  Fundraising – ugh.  This is a section of what I said:

Two years ago, I was sitting in the same seats as you are today.  I know you are overwhelmed, confused and very scared.  How am I going to raise this money?  I don’t have that much money nor do I know people with money.  That is what I thought as I listened to speaker after speaker tell me about the mechanics of NYMF and the procedures.  But I was stuck on the money part.

But, let me say that NYMF changed my career and changed my life.  It opened doors for me that would never have been opened otherwise.   I met Broadway Bigwigs – producers, general managers, musical supervisors, performers and on and on.  I was introduced to casting agents, theatre owners and even Seth Rudetsky. I learned about licensing, New York labor laws, handled union agreements and negotiated special contracts.  I also met a great group of fellow producers and writers.  The staff, patrons and board members at NYMF are dedicated, experienced and a lot of fun.

Here are my thoughts about how to raise the money you need.

Lots of people in the audience had questions, but mostly they were stunned.  They had already learned about scheduling, staffing and ticketing, and now they had to listen and learn about one of the most important parts of NYMF or any production – raising money.

« Greater Tuna then Cabaret, then….
An Actor Prepares… »