Casting Children in THE LAND OF FORGOTTEN TOYS

When I was a performer I tracked my success rate of booking a job.  It was 1 in 14.  That means for every 14 auditions, I got one job.  While seeing those odds was somewhat disheartening, I also found it helpful.  So, I went to as many auditions as possible.  I auditioned for roles I was not right for and for shows that there was no way they would cast me in.

Now that I’m a producer, though, auditions are another story.  Every actor who walks in the door, I cheer for.  I want them to be the right one.  I was thinking about that this past week, when we had auditions for the children’s roles in THE LAND OF FORGOTTEN TOYS.

The show has four roles for children – Game Dude, Taxi Transformer, Elf 1 and Elf 2.  We started with a general announcement, inviting email submissions where the candidates would send a headshot, a resume, maybe a link to a video.  After reviewing these, we eventually asked about 15 performers to sing, dance and read from the script for us.  They were taught two dance routines and each candidate sang 32 bars of a song they had prepared, and then, they read from the script.  What a night!

Then, after they left the room, the creative team started to decide.  First – who is our number one pick for each role?  Who looks cohesive with the other actors?  Who takes direction?  Who has the stronger voice? With regard to their schedules, who has the fewest conflicts?  Then, we asked to see a couple of the actors again.  Read a different role, stand next to a different actor, sing again.  All while their ever-faithful parents wait in the waiting room.

In the end…..we could not decide! So the creative team made a strategic decision – let’s cast two more children than the show required and make them alternates and understudies.  That way more children can get the experience of performing in a professional show.  And we are protected if a child catches a cold!  BAM……we got it right.

The truth is…..we could have cast the show several times over because the actors were so talented.  But choices have to be made.  And so, I am now proud to announce that the children cast in THE LAND OF FORGOTTEN TOYS are… (see below) 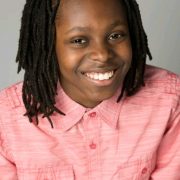 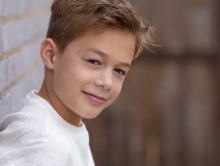