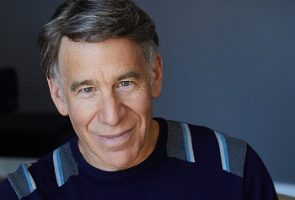 Welcome to my blog – Everything Broadway – For this week’s blog I asked my friend Carol de Giere if I could share with you some of her interview with Stephen Schwartz about his reaction to the TV series Fosse/Verdon.  She said yes.

But, before I do, I would like to say that Carol has written a great book on Schwartz and his shows.  Defying Gravity: The Creative Career of Stephen Schwartz: from Godspell to Wicked. Click HERE to purchase it.

Carol de Giere: The show is really not showing Bob off. It’s not a positive spin.  What do you think about that?

Stephen Schwartz: Of course I already respected him as a director and choreographer. Unlike many other people, I was a fan of the Sweet Charity movie.  And I had seen and admired his work on Broadway…

But watching Fosse/Verdon and seeing his response, which I think is probably accurately depicted, to the failure of the Sweet Charity movie and how desperate he was at the point when he first undertook Pippin, I wish I had known that.  Because don’t forget, Cabaret had not opened yet and he was still doing all the struggling with that movie that the series shows.  But then, the truth is that at twenty-four years old, I was struggling with my own demons, so who knows if it would have changed my relationship to him?

CD: It’s very clear how insecure he was.

SS: Exactly, I had no idea of that. I was a twenty-four-year-old kid; he didn’t present that to me. He just presented his impatience and his inarticulateness. He was definitely a bully.

SS: Well, she wouldn’t have done a role that small. Gwen Verdon was a gigantic star—an above the title star. My perception was that Bob’s making Fastrada look and dance like Gwen was because Bob wished that he did have Gwen in the show. I think it was a tribute to her.

And Gwen did come to Washington. I met her very briefly there, just once. In fact, Bob had his whole “brain trust” come to Washington during our out-of-town tryout.  There was Paddy Chayefsky , And another playwright named Herb Gardner, who wrote A Thousand Clowns. The two of them came to Washington and Gwen came. And I’m sure they gave Bob a lot of notes and ideas, but I was never privy to what they had to say.  I’d just see them eating, and mostly drinking, in the restaurant at the Watergate Hotel.

What I think is interesting is that he was very friendly with these two famous and accomplished playwrights and never directed anything they wrote. I suspect, if they had ever had him as a director, they might not have been so friendly.

CD: Lin-Manuel Miranda said in one interview that it demolishes the auteur theory that you can be an artistic genius on your own. He’s saying you always have to have the right team marching in the same direction to create something.

SS: I think that’s accurate. They are showing how dependent Bob was on Gwen. But “auteur” or not, I think it has to be acknowledged that Bob, more than any choreographer of his time and since, had an unbelievably specific and instantly recognizable style.  Think how hard that is to achieve — a choreographer whose work you can see and immediately know that’s whom it’s by.  Try to think of another Broadway choreographer of whom that’s true.

It’s extraordinary to have created a choreographic voice still influential 50 years later. I just saw the revival of Kiss Me, Kate and in the middle of “Too Darn Hot,” all of a sudden there’s this move where the dancers all slouch and snap their fingers, and immediately you think Bob Fosse. That’s an extraordinary achievement. Maybe some of his style was developed with and because of Gwen, but in the end, it was his.

Listen, I didn’t like Bob as a person. He was difficult to collaborate with. He was a nasty guy. He was a bully.  But my admiration for him was strong then and has only grown stronger over the years.

« We all need some inspiration now…hope this helps!
Trouble…Erratic…Unreliable….Undependable – NO! »