“Can I video this rehearsal for Tik Tok?”

“Not only do I know my OWN lines, I know everyone’s lines!”

Who did I hear this from? 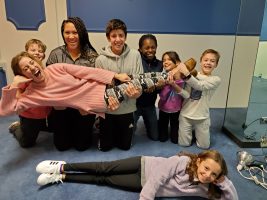 OLIVER! MATILDA, ANNIE, A CHRISTMAS CAROL, BILLY ELLIOT and now THE LAND OF FORGOTTEN TOYS.  What do they all have in common?  Child actors.  Children acting on the stage.  As I was considering writing for children in my new Christmas show, I discovered that if I used children in the show, I would need some “special accommodation.”

I met a friend for dinner when I was in NYC about a year ago.  After I told her I was developing a Holiday show and was thinking of including children in the cast, she rolled her eyes and then said, “You know, if you have children, you have to have a wrangler.” A what?   Well they used to be called “child wranglers”  and now they are called “youth supervisors.”  But the jobs are the same.  On Broadway they are called Child Actor Guardians and are part of a union! YES!!  Whenever you have children working in the show, you must have this staff member.  And more! I learned that if I had regular performances during the school day, I would also need a qualified tutor!  (Happily we don’t have that issue!) 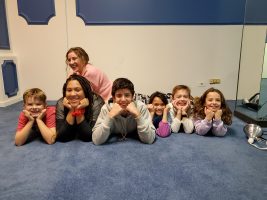 I have worked with two youth supervisors on THE LAND OF FORGOTTEN TOYS.  Both extraordinary.  Hiring a youth supervisor is much more complex and detailed than hiring a set designer or even a director!  I had to do a criminal background check, reference checking and in-person in-depth interviews. And we ended up hiring one of the best – Danielle Fraser!  Immediately after hiring her, she sent out an email to the parents asking for emergency contact numbers, allergies and any other things that she should be aware of.  She checks them in as they come to rehearsal and makes sure all of them have rides home afterward.  She is also responsible for running lines with them, practicing choreography and blocking.  And since she is a great soprano, she also sings in the chorus of the show!

In our cast, we have seven performers under the age of 18.  All of them will go on stage and perform.  Rather than the usual format of actor and understudy, we defined them as “alternates” where they all will perform on a regular basis. One child is alternating for  three roles!  Not kidding.  When I asked the parents and the child if that would be OK, the actor was thrilled!  “Of Course!!” was his response.

Boy, am I lucky.  Wonderfully talented young people.  And a skillful compassionate supervisor