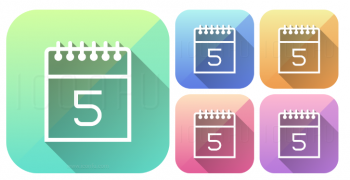 The challenge was daunting.  How could we ever create a new musical in such a short time?  Musicals take years to create and develop, right?  And this one had to be all solos and monologues – how on earth are we ever gonna do that? Schools and summer programs needed something immediately! This was a very different task.  But, this is a very different time.  So here is how we did it.

Once I decided to do the project. I quickly gathered a team.  The criteria was – were they available NOW and for the next few weeks.  They had to clear their schedules and promise to be responsive and communicative. And, they had to really want to participate.  Every other commitment must be put on hold.  A composer/lyricist, librettist, graphic artist, web designer and on and on. The team was contracted, the money raised, a five week timetable was created and off we went.

Since I am responsible for the story and characters, I started zoom interviews with students to gather some insights and ideas. Something clicked and BAM, I had the idea.  The concept for the show (how could we justify all solo scenes?) and what was the story going to be about – came quickly.  My team and I wrote the story and created characters within 7 days.  We presented the story to the composer and librettist and answered any questions and addressed any feedback they had. The librettist had ONE week to write the script – DONE.  The composer/lyricist had ONE week to write 13 mini-songs – DONE. Now what?

This is the spot where we would usually do a reading, make changes, do another reading and on and on until we ready for a workshop production.  Well, none of that really happened.  We did do one reading – wearing masks and socially distanced – with the story team. But no workshop productions.  Instead, we reached out to a few programs who have produced our shows in the past.  We asked them to do pilot productions…and then to give feedback.  This is where we are now.

I am about to hand the materials to some very brave, talented directors who will do FOUR different pilot productions: at Bravo Performing Arts in Oak Park, IL, Viking Middle School in Gurnee, IL, Class Act in Champaign, IL and a high school pilot with students from various high schools. All to be done in July.

« Black Lives DO Matter!
Pilot Productions of THE MYSTERY OF CUSTODIA »