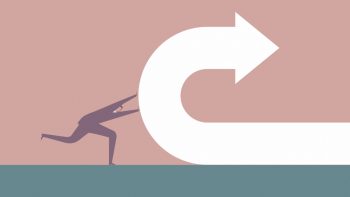 That is the new word these days.  COVID has ravaged practically all areas of entertainment.  It certainly has devastated the whole world of live theatre.    It took months for the full reality of the situation to become clear, certainly for me it did.  My friend West Hyler just posted this in Facebook:

“Obstacles are opportunities for invention”

This is so true.  He has just started a new company – all virtual – Artistic Stamp. His company  will produce a season of interactive experiences that take audience members on unique journeys via handwritten correspondence.  Now, that is a nice pivot.

Pivot – that is what I have been trying to do over the last four months, trying to move CPA Theatricals forward in this new situation.  First, we created THE MYSTERY OF CUSTODIA – a new online, virtual musical for school-aged actors.  After several pilot productions we released it to the public and WOW – it became a big hit!  I’ve sent out almost 800 perusal copies and licenses are coming in every day!

Then, you may recall, we adapted THE LAND OF FORGOTTEN TOYS – virtual edition – for socially distanced staging.  This was not easy – we had to put our director hats on and remove all touching, hugging and handling things and replace them with smiles, air kisses and tossing!  Again, I released it to the public.  And – BAM – another hit.   I have sent out almost 300 perusal copies and the licenses are starting to come in.

But what about plays?  Most schools are struggling financially now, and plays are sometimes less expensive to mount.  So why not create a play for the teachers with non-singers.  Well, we created THE MYSTERY OF CUSTODIA – THE PLAY in response to that need.  Again – hundreds of requests for perusals and sales starting to come in.

I guess you can see why I have not kept up with my blog.  So, why am I sharing this now?   Because , now, after pushing all these initiatives forward, I actually have a learning to share with you!  I was late to the game.  I was reluctant to pivot.  I went kicking and screaming into this.  But in the end,  I learned a valuable lesson.  Pivot.  When all hope seems lost – pivot.  Talk with colleagues, friends and mentors.  Brainstorm as much as possible and … say YES to all opportunities.

« EDTA releases guide for reopening of school theatre programs!
What are the GIRLHOOD composers up to now? »