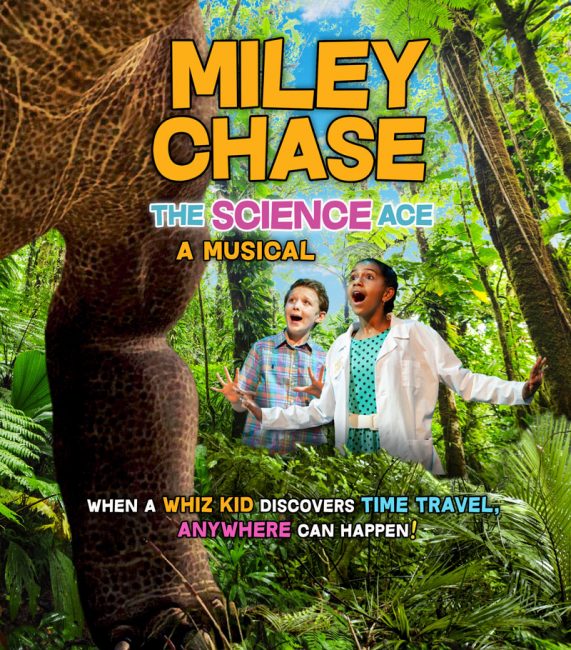 I had the word “science” written on my white board in front of my desk for months.  I knew I wanted to do a show about science and I knew I wanted the hero to be a 10 year old brown skinned girl.   But I did not know where to go from there.  So, I interviewed a bunch of 10 year old children with vivid imaginations and slowly a plot developed in my mind.  Then – MILEY CHASE THE SCIENCE ACE was born.  You can read more about it in my blog HERE.

Now, the musical has had a showcase production – click HERE to see the amazing photos – thanks to Tina Reynolds and Ovation Academy in Oak Park, Illinois.  The show has also been accepted to a New Works Festival at an Equity theatre in New Hampshire, to be held in September.  And, finally, there are two more full productions booked this fall.

But, that is not all. A few weeks ago, I received a call from an executive at a major television conglomerate.  She had read the script, and she encouraged me to develop MILEY CHASE THE SCIENCE ACE into an animated television series for family viewing.  What???

What do I do now?  I started calling/emailing/messaging folks that might be able to offer some advice.  I talked with agents, animators, television writers and, of course, a television entertainment attorney.  The bottom line?   CPA Theatricals has commissioned two seasoned writers in Los Angeles to write a TV Series pilot for an animated children’s show.  I am thrilled to be working with such successful writers and even more happy to learn that they are also television and film producers.  But, what about MILEY CHASE? 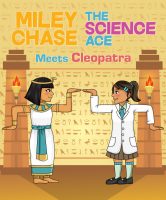 Well, in one of our first meetings the writers encouraged me not to duplicate the plot of the stage musical.  Instead, they urged me to come up with a new plot idea for the first episode.  While the dinosaurs are great for the musical – which would really make a wonderful short feature film – it is not really the story for a pilot, nor does it set up a “series” of episodes.  Then……more consulting…more asking of advice from children, my consultants, producers and BAM.  We had a brilliant idea.  Here it is:

First, a new story introduction: Miley Chase has a brilliant, eccentric grandma – called Gma – who is going into a retirement home.  Gma is a respected scientist, but she is also known for her crazy stories and imaginative mind.  As Miley and her mother are cleaning up Gma’s home, Miley discovers some of Gma’s notes and a journal about time travel.  Miley sneaks the journal back to her own room and creates a time machine.  BOOM – she and her pal, Tyler, go back in time.

And then, a new destination: they visit Cleopatra – not as an adult, but as a child like them! A great adventure ensues and Miley and Tyler return home changed and motivated.  As Miley reflects on the journey she ends the pilot saying to Tyler – “I wonder what Albert Einstein was like as a kid.”  Hence, the premise of the series.  Miley and Tyler will visit famous people in history when they are children.