Meet the Writers of “The Moment”

Here are the writers of THE MOMENT

Dylan MarcAurele (Music) is a NYC-based composer, writer, and orchestrator. He is a recipient of the Dramatists Guild Foundation Fellowship, through which he and writing partner Mike Ross are developing their folk-musical tragicomedy Lewis Loves Clark, or, Bill and Meriwether’s Very Excellent Adventure. He composed the score for the family musical The Land of Forgotten Toys, which premiered in Chicago for a five-week run after being workshopped at the Florida Festival of New Musicals in 2019. He is collaborating with bookwriter-lyricist-performer Deborah Berenson on her dark comedy musical (slash interactive tea-time etiquette class) Tea with G. He is an alumnus of the BMI Lehman Engel Musical Theater Workshop. Dylan also runs the Instagram account @RHONYmusical, where he writes, orchestrates, and directs musical theater songs based on The Real Housewives, as featured on Watch What Happens Live with Andy Cohen. He holds a B.A. in Music from Harvard University, ’16. 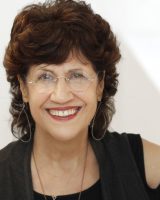 Marilyn Campbell-Lowe is a published playwright, award winning actress and co-founder of the Writers’ Theatre in Glencoe, Illinois. Her co-adaptation of “Crime and Punishment” (w/Curt Columbus) is published by Dramatic Publishing. Her work has been seen in theaters around the world including, New York, LA, London and Oxford, England. Other plays include: “Anne Sexton, My Own Stranger” and “The Beats.” Ms. Campbell is a member of Actors Equity Assoc. and The Dramatist Guild of America. For more information visit her website at www.marilynrcampbell.com.

Philip Dawkins. Plays: Le Switch, Charm, Failure: A Love Story; Miss Marx Or the Involuntary Side Effect of Living; The Homosexuals, The Happiest Place on Earth, and Dr. Seuss’s The Sneetches, The Musical and Charm. His plays are available through Playscripts, Inc and Dramatic Publishing. He teaches playwriting at various universities.

Deborah Berenson is a British-American writer and performer, based in NYC. Deborah’s work has been performed in London, Chicago and New York and has been shortlisted for the UK Musical Comedy Awards. She is a proud member of the BMI Advanced Workshop, BMI Librettists Workshop and Maestra. www.deborahberenson.com 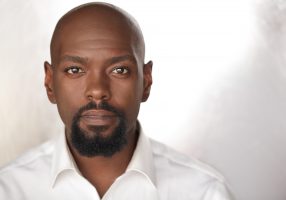 Aaron Holland is an actor/writer/ drag queen in Chicago. His most notable work in writing is the American Theater Magazine acclaimed “Princess Mary Demands Your Attention” performed at the Victory Gardens theater in 2014. He also has a published show in The “Black Lives/Black Words ” anthology available on Amazon! Aaron has self produced a countless number of his own musicals and shows around Chicagoland over the past 17 years. 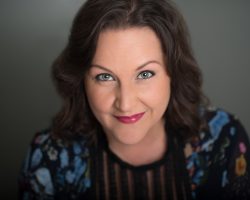 Lara is best known for her work as a musical theatre actor and singer/songwriter. However, her work as a playwright, producer and director span an equally broad range. Over a dozen of her productions have appeared as “Walking Plays” at the Morton Arboretum and her company, Inkwell Arts & Learning brings literature-based shows to libraries and other venues nation-wide. 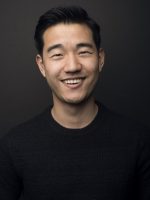 Balkis Aldazabal – Born and raised with my younger brother in South Florida by a supportive immigrant family, and I’ve been writing competitively since 6th grade, and reading and performing since long before. I speak, write, and read in English and Spanish, I attend Fort Lauderdale High School and major/focus in Pre-Law and Theatre.

Julie Soto is an NYC-based author suffering out the pandemic in California with her poodle, Charlie. As a playwright and lyricist, Julie’s musical GENERATION ME has been produced in Los Angeles and New York City, winning Best Book of a Musical and Best Overall at the 2017 New York Musical Festival.

Omer Abbas Salem is an actor and playwright. He is the 20/21 Steppenwolf SCOUT Development Project with his play Mosque4Mosque. His play Being Julia Roberts is part of Jackalope Theatre’s 20/21 New Frontier Series. HIs play The Secretaries is a semi-finalist in Definition Theatre’s 20/21 Amplify Commission. His work has been produced by Steppenwolf Theatre, Jackalope Theatre, National Queer Theater, The New Colony, Theater Viscera, and the Actors Theatre of Louisville. More at www.omerabbassalem.com

Jineara Hampton is an Actress , Director , Writer. From Baltimore, Maryland that now resides in New York City. With many projects under her belt such as Film & Theater, she continues to perfect her crafts with hopes of opening up her own theater some day .

Nicholas Reinhart  is a Producer, Director, Production Manager, and Writer based in Chicago. Previous work with CPA Theatricals includes directing the World Premiere of The Land of Forgotten Toys, as well as assistant producing and providing additional story for The Mystery of Custodia, The Moment, and Miley Chase: The Science Ace. 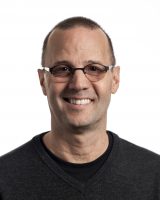 James Zager (SDC/DGA) has been producing, directing, choreographing, and writing for the past 25 years. He has created new works based on classic authors such as Wilde, Homer and Shakespeare and his body of work includes the youth plays Juliet, Stories Gone Wilde, The Shakespeare Project, and What You Will, all published by Dramatic Publishing as well as contributions to Numbers Nerds, The Land of Forgotten Toys, and The Moment.