BLOG – Million Dollar Musicals on their way to BROADWAY?? 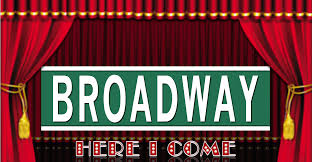 I have also taken several classes with very experienced theatre professionals and interviewed dozens of producers, writers, directors and composers.  I have read blogs, white papers and have listened to so many podcasts my cats sit with me as I listen to them.  (They think it is all about them of course.) I have learned about the ins and outs of Facebook, web design and audio editing. This has been my year of exploration, growing and learning.  Here is what I am wrapping my brain around now…….How do these shows get produced before a paying audience when……they are not really ready?  When there are some significant issues with the plot, music or other essential element.

First, I have to tell you that I love almost everything I see…..I really do.  Why?  I am not sure but I think it has to do with an experience I had in college with one of my acting teachers, who was also an artistic director of a very important off-loop theatre company.  He told us that he really disliked going to the theatre – for him it was all work.  This stuck with me and at some point I made the decision, that I did not want that point of view….I wanted to enjoy the theatre and so I found things that made me love each show – I also knew that on every show there were many, many people who worked extremely hard for almost no money – and I wanted to honor them.

Now, over the past year or so I saw three musicals that had combined budgets in the millions and all were “on its way to Broadway”. FIRST WIVES CLUB, BEACHES and OCTOBER SKY.  All three had excellent production values, very talented actors and music that was largely very good….but none of them will make it to Broadway soon –  or if they get to Broadway in their present condition they won’t last.

FIRST WIVE’S CLUB (with a book by the immensely talented Linda Bloodworth-Thompson) was part of the BROADWAY IN CHICAGO series and played in a huge downtown Chicago theatre. When I saw the show the theatre was probably 20-25% full.  The book of the show was sluggish, slow and really not very funny (except the end of the first act). The music …so-so…BUT the sets were amazing and the talent – superior.

BEACHES, was another story.  Everyone knew the show was a work in progress.  It had played the Signature Theatre in Virginia and was now being produced in preparation for a Broadway run. Once again the show had very talented actors (Shoshana Bean…enough said) and a story that was very familiar and beloved to the “average” theatre-paying audience.  But the sets were ugly and the book desperately needed to be revised……(the illness and death of Bertie was agonizingly long) – by the way, everyone around me cried…even me….during this show.

Then there was OCTOBER SKY – a musical based on the movie “Rocket Boys”. I call this the show of “too manys” and “not enoughs”.  Too many plot lines (I think you could cut the whole teacher plot line and give the “role of the cheerleader” to the Mother), too many set changes and too many rocket blasts – while not enough about the protagonist and not nearly enough about the climaxes in the story (the audience never even sees how the strike is resolved and the “important” rocket blast is anti-climactic because we have already seen several before.) But, once again, extremely talented cast, fun music and fast paced, clear direction.

So, why am I writing this article?  Did I tell you I am producing an original musical?  Yes, it is true. This show that I am working on now will be my 100th production. I started my career as an actor/singer/dancer then moved to directing and producing.  Then I left the theatre all together for a while (making money is nice!) and now I am back. And I am trying to experience and analyze these productions so that I can learn from them.  Here are some of the things I have learned:

Well…that is it. Those are the lessons I have learned so far, and I am only just beginning on my journey.  I would love to hear your thoughts. Next up, I will talk about some of the smaller shows I saw and what I learned from them.

« Listen to Melissa’s First Theorem
Another Reading of our new musical! »