One of the great ways to get reduced tickets for Broadway and Off-Broadway shows is to go to the TKTS booth in New York.  Now, it is a modern structure in the middle of Times Square (there are other locations as well) and the lines move much faster than they used to.  There is an electronic board that lists shows that are available for sale that day and you can purchase tickets pretty close to curtain time.  In Chicago we have Hot Tix.  When Hot Tix first opened over two decades ago it was very busy, then they opened another branch in the suburb of Evanston, just north of Chicago.  I performed at that grand opening.  The producer wanted someone to do a tap dance number and I got the gig.  I did two performances (along with other performers) and got paid very well.

I don’t even remember the number I did, but I remember walking on the sidewalk wearing my tap shoes and hearing the clink, clink, clink.  I also remember that there were no dressing rooms, so we had to change into our costumes in the car.  I had always loved tap dancing, both seeing it on stage and doing it on stage. I remember sweating profusely in a rehearsal hall in Florida as we rehearsed NO NO NANETTE.  I love tap breaks in the middle of songs in musicals.  It brings me joy and it brings a smile to my face.  Here are some of my favorite musicals that have songs with tap breaks in them.

THOROUGHLY MODERN MILLY – When I saw this show on Broadway with a young, Sutton Foster, I was transfixed.  The show moved so quickly and the talent was unbelievable.  But I really loved “Forget about the boy”.  The song is sung by Milly and she also dances aggressively in the show.  It is a show stopper. 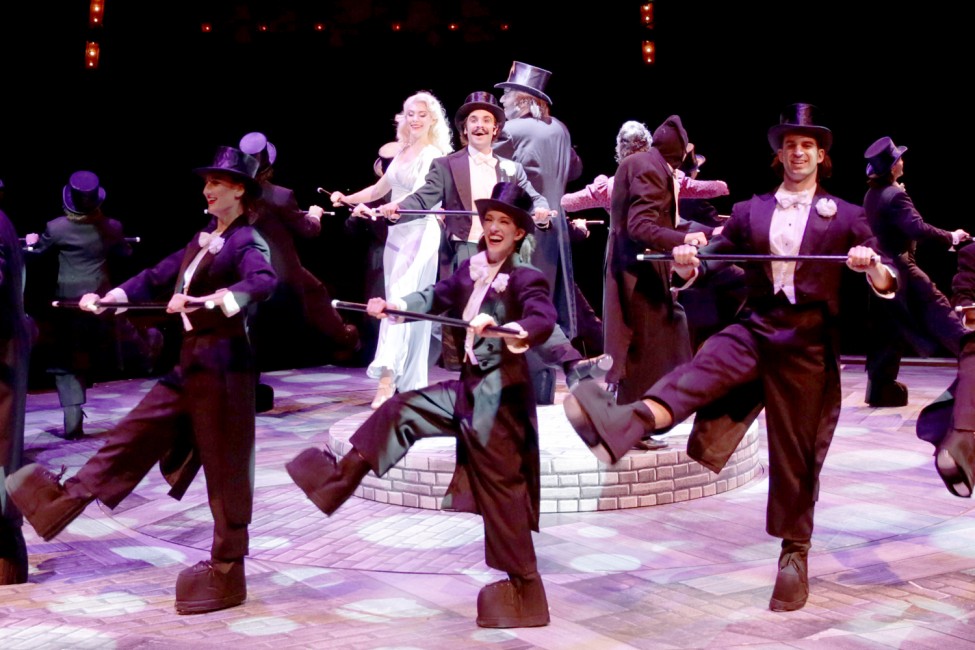 YOUNG FRANKENSTEIN – Of course the movie still makes me laugh, and the show, while not a huge success on Broadway, is still a favorite of many theatre folk.  The tap dance number is “Puttin’ On The Ritz”.  It is the “monster” and the doctor sharing a theatrical moment.  Funny, well danced and yet a little disturbing.

NEWSIES – I LOVED this show on Broadway.  I know many people who grew up with the movie (confession – I never saw the movie) also loved the stage musical.  At the performance I was at, Jeremy Jordan and Kara Lindsay, had a moment when a child made a loud comment during a scene and they both froze as the audience giggled, then Jordan smiled…..and so did Lindsay….then the audience applauded.  But, of course, the tap number in the show was the highlight for me. Christopher Gattelli’s choreography was amazing.

What is your favorite tap number in a Broadway musical?  Love to hear it.

« NUMBERS NERDS is changing its title!
Q&A about licensing »