Creativity, Inc: Overcoming the unseen forces that stand in the way of true inspiration is a book recommended to me by my mentor – Ken Davenport.   It is written by Ed Catmull, one of the founders of Pixar Animation.  Yes, the company that created the first full length animated film done completely on a computer. Pixar created a series of movies that generated billions of dollars in revenue in total.  Toy Story, A Bugs Life, Toy Story 2 and on and on.

I was very hesitant to read this book.  I thought, what could I learn from a film animation company?  How will this help me in any way?  As I read the first part of the book, I was not encouraged, but then I got to the section on Braintrusts.

Here is what I learned:

A Braintrust is a group of people who can give you constructive criticism about your product, idea or story. Its job is to identify the inconsistencies, lack of clarity and circumstances in the story, things that just don’t make sense.  They may give solutions, but mostly their job is to identify the problems. 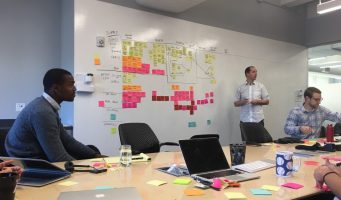 Braintrust members must be candid, and the recipient must be ready and open to hear the feedback.  Candor is only valuable if the recipient is willing to let go of things he created.  But Braintrust members must be flexible, too.  In a Braintrust, one person is designated as a leader.  It is the leader’s job to distill the many observations into digestible takeaways, insights that will really be useful to the creator.  But that distillation can be really difficult.  For it can easily happen that the observations of the various members of the Braintrust may be contradictory.  And if that happens, then the leader has an even more difficult task: to make sure the observations will really serve the creator.  Catmull says that one of the best ways for the leader to make sure the Braintrust is being helpful is to ask the recipient something like, “What makes you love the story?  The leading character?  The plot?  The setting?  What?”  From the answers to these questions, the leader will know how to focus the various observations.

Another interesting point: frequently in a Braintrust meeting, a single participant may contribute something that fuels a discussion, that’s controversial or debatable. In that situation, the leader must be sure that everyone gets to speak and everyone gets to discuss, but no one person may dominate.  And if the leader does this well, then, whichever way the conversation goes, the “surprising” contribution may well turn out to be catching a major flaw or problem – something that absolutely has to be addressed.

In sum, then, constructive criticisms identify what feels wrong, missing, isn’t clear or makes no sense.  It is offered at a timely moment and not too late to fix the problem. It does not have to include a proposed fix, but if it does, “that fix is offered only to illustrate a potential solution, not to prescribe a solution.”  And all this is done candidly, but not cruelly.    Catmull strongly distinguishes between truth and candor.  He says, “Candor isn’t cruel.  It does not destroy.  It is empathetic on the idea that we are all in this together.”

And, most importantly, candor – and the entire process of the Braintrust – succeeds only when has been established among the participants.

While I am developing the next two musicals of mine….this Braintrust information is great to know.  Boy, was I wrong about not learning anything from the book.
Larry Little
Producer

« GIRLHOOD – rehearsals start for pilot production!
You’ve heard of a triple threat in musical theatre…but..what about this?? »