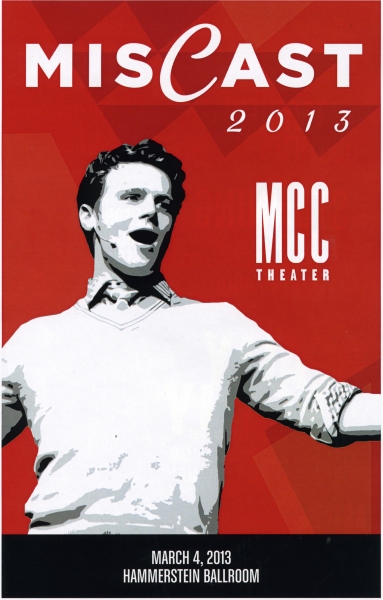 There are a few events in New York that are a lot of fun for Broadway musical theatre performers.  Most are benefits raising millions of dollars for charities, theatres and disaster relief.

One of my favorites is the MCC benefit: Miscast Gala.  The Manhattan Class Company (MCC) is a collection of young artists that produce some of the most exciting, fresh and thrilling theatre in New York.  (My Chicago colleague, Philip Dawkins, will present his masterpiece “Charm” there this year.)   And the Gala supports MCC’s productions of new works, and also their Youth Company and a range of partnerships that serve New York Public Schools students.

And why is their gala called “Miscast?”   It’s because the gala presents a musical revue that showcases huge Broadway stars singing/acting/dancing in numbers they would never be cast in.  (Sound familiar?  One of my last blogs had to do with just this.)    I’m sure you can imagine how fun this can be.  So….here are some of my favorite videos from the Misast Galas of past years.

‘The Schuyler Sisters’ from Hamilton’ blows my mind.  Three young boys who were in Broadway shows at the time play the three sisters in HAMILTON.  Not only are the boys good, they duplicate the choreography and staging!

Nobert Leo Butz is a Broadway regular.  He was in RENT, WICKED, DIRTY ROTTEN SCOUNDRELS, and BIG FISH.  But you wouldn’t look for him in DREAMGIRLS!  When you hear him sing the same lyrics as Jennifer Holliday….well, the result speaks for itself. 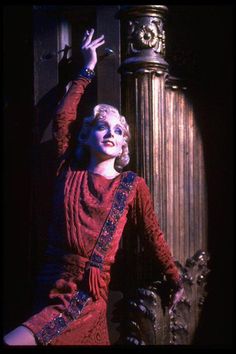 Jane Krakowski is famous for her lead role on TV’s 30 Rock.  But she won my heart when I saw her in the original Broadway production of GRAND HOTEL.  Here she is rapping Lin-Manuel Miranda’s first hit, as she performs the opening number from IN THE HEIGHTS, with members of the original cast.

Jonathan Groff was in the original production of SPRING AWAKENING, and more recently played King George III in HAMILTON.  Along the way, he became familiar to millions to never get to New York thought his role on GLEE.  Here let us in on a secret and proves that ANYTHING GOES.

“At the Ballet” from A Chorus Line sung by men?  First, this song is difficult to sing, while the melody sounds easy, the harmonies are not.  Here the men are singing in what sounds like the original key – really not easy.  They add a comic twist to it by adding the tutus.

« Theatre as art and art as theatre…
What’s in a title? »