Did EVAN HANSEN win the Drama Desk Award this year??? 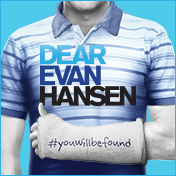 May and June are the award season for Broadway and Off Broadway shows.   So, with that said. Did DEAR EVAN HANSEN win the Drama Desk Award last night?  That is the question that some people asked this morning.  DEAR EVAN HANSEN is the mega hit that opened on Broadway in December 2016.  It’s a complex show, in that it deals with the aftermath of a teen suicide.   I tried getting tickets over and over but with the new way Broadway sells tickets (re-sellers buy tons of tickets to huge hits), I could not.

The answer is no….it did not win.  What?  Well, DEAR EVAN HANSEN was not even nominated!  How could this be?  That is because it was nominated last year.  Well….now I am sure you are really confused.  So, here is a little guide:

Tony Awards – These are considered the “Cadillac” of the awards.  The Tony Awards are given to plays and musicals that open on Broadway in the current season.  And, next Sunday is the 71st Annual Tony Awards.  My guess is that COME FROM AWAY will beat out DEAR EVAN HANSEN and THE GREAT COMET.  But one thing is for sure……HELLO DOLLY will win for best musical revival.  You can bet the house and even the children’s education fund on that. 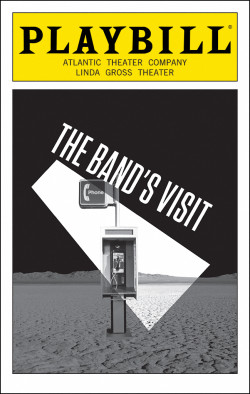 Drama Desk Awards – These awards are announced just before the Tony Awards and include Broadway, Off Broadway and Off Off Broadway shows that open in the season.  Yesterday, COME FROM AWAY took the top prize.

New York Drama Critics Awards – These awards are announced without prior nominations.   It is a chance for the critics in the New York area to give awards to the plays and musicals they deem worthy.  This year THE BAND’S VISIT won the Best Musical Award.  THE BAND’S VISIT received rave reviews when it ran earlier in New York, but NOT on Broadway.  Look for it to come to the Big White Way this fall.

Outer Critics Circle Awards – The Circle is composed of critics who cover shows in the New York area from newspapers out of town.  These awards are important to the producers who want to take their show on tour. The Outer Critics decided that COME FROM AWAY was the best this year.

Confused?  Don’t worry,  just focus on the Tony’s this Sunday.  Who do you think will nab the big prize?